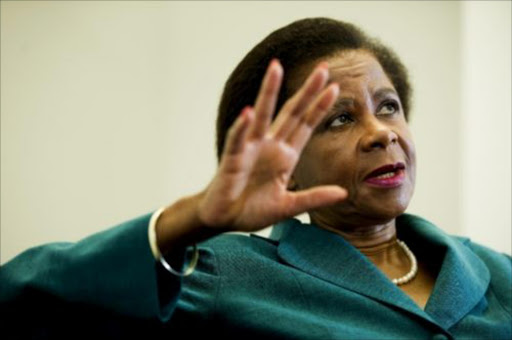 "These allegations are untrue, without any merit and in fact malicious and defamatory," Danie Rossouw said in a statement.

He said the party's new leader Mike Tshisonga and deputy leader Andries Tlouamma made the allegations against Ramphele in court documents.

Last month, Ramphele and Tshishonga opened separate fraud cases with police over a bank account opened to receive a refund from the Electoral Commission of SA (IEC), believed to be around R200,000.

It had been reported that Tshishonga accused Ramphele of having direct access to party funds, and that she opened the account to access the IEC deposit without a mandate from the party.

Tshishonga claimed his signature appeared on the bank account's paperwork without his knowledge.

Rossouw said Ramphele approached the court seeking an order for the retraction of the allegations.

"On [Thursday] Judge Denis Davis of the Cape High Court ordered, by agreement between the parties, that the offending allegations are unconditionally struck from the record."

The applicants, including Tshishonga and Tlouamma, were also ordered to refrain from implicating Ramphele in any fraudulent conduct, as alleged in the court papers.