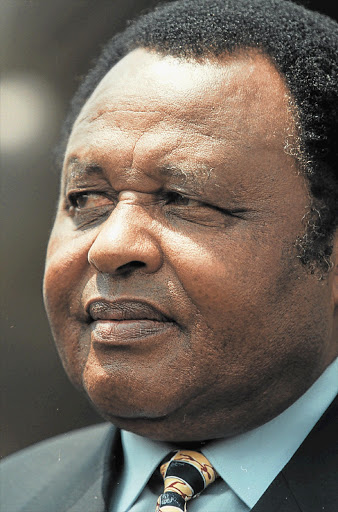 Joe Modise admitted being a director of Conlog

Modise, who died in 2001, was defence minister when South Africa bought billions of rands of military hardware in 1999.

In a statement presented to the commission in Pretoria, former Scopa chairman Gavin Woods said the office of the public prosecutor in Düsseldorf, Germany, investigated the US25 million the German Frigate Consortium paid, most of which flowed directly to South African officials and members of the Cabinet.

Commission chairman Judge Willie Seriti asked Woods who these Cabinet members were. Woods said he only knew of Modise.

"Besides Joe Modise, its very unlikely that any of them also benefited," said Woods, explaining the benefits were not in the form of cash.

President Jacob Zuma established the commission in 2011 to probe allegations of corruption in the arms deal. Government acquired, among other hardware, 26 Gripen fighter aircraft and 24 Hawk lead-in fighter trainer aircraft for the air force, and frigates and submarines for the navy.

Woods earlier told the commission it was hard to believe the deal was different to that of many other countries and free of corruption.

Woods said government had been adamant there was no corruption in the multi-billion rand deal.

"I question how they could have been so sure," Woods said.

The government "displayed anxiety" when discussions of a probe surfaced. He claimed this contradicted its confident nature.

"They went to extraordinary lengths to sabotage the investigations."

Woods, who was an Inkatha Freedom Party MP, resigned from his position as chairman of the standing committee on public accounts (Scopa) in 2002.

At the time Woods said he was stepping down due to interference in Scopa's work by Cabinet ministers, former ANC chief whip Tony Yengeni, former National Assembly speaker Frene Ginwala, and then deputy president Jacob Zuma.