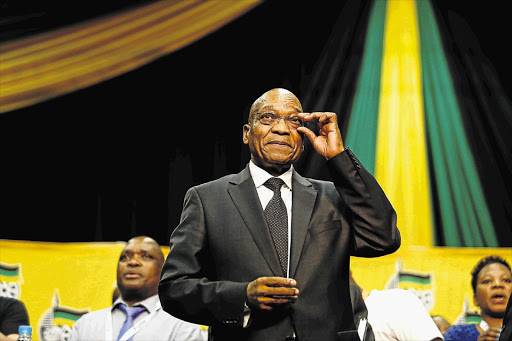 President Jacob Zuma has called for an early Second Coming.

Speaking to a group of elderly people at a Christmas gathering at his rural homestead in Nkandla yesterday, Zuma said he was now preaching a new gospel: asking Christian priests to speak to God and ask him to send Jesus back to Earth because of the many sins in the country.

Speaking off the cuff, Zuma said that although there were many churches in the country, "sinning is too much."

"The sins we have today are more than those that Jesus came to salvage. I ask the priests to ask God to send His son to come back again to cleanse our sins," he said, adding that there were few sins "when Jesus was here, but now there are too many".

"He [God] must send him [Jesus] again. This time we won't crucify him," he said.

Zuma declared in 2008 that his party would rule "until Jesus comes back".

The president shied away from any political controversy and dedicated his half-hour speech to praising the elderly for their role in nurturing children.

But most of them, appearing agitated because of the long programme, did not pay much attention to his speech. Some whistled while others openly talked during his address.

Outside the huge marquee, scores of elderly people, eager to get to the food hampers, blankets, toiletries and other gifts from Zuma, were stopped by policemen from entering the venue.