Democratic Alliance supporters have started filling the 30‚000-seater Rand Stadium in Johannesburg for the biggest election manifesto launch in the party's history. 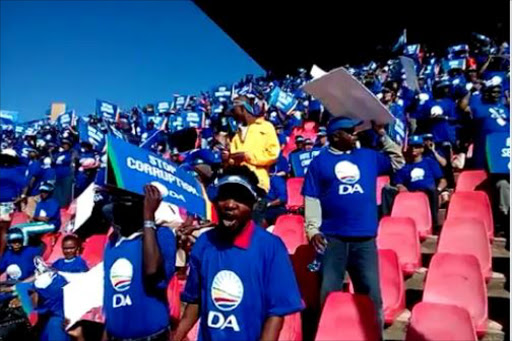 DA supporters came out in their numbers to witness the party's manifesto.
Image: Boikhutso Ntoko

The party hopes to provide a fuller stadium than the ANC did at its manifesto launch a week ago in Port Elizabeth.

The weather has been kind to the DA‚ with warm sunshine meeting the thousands who have turned out for the event already.

It is being held right next door to the Portuguese Lusito Land festival at Wemmer Pan‚ which draws thousands of visitors in its own right.

DA supporters in chant and cheers ahead of their manifesto launch #DAmanifesto@dancalderspic.twitter.com/koaGPSG5zz