Mthembu calls for entire ANC leadership to step down 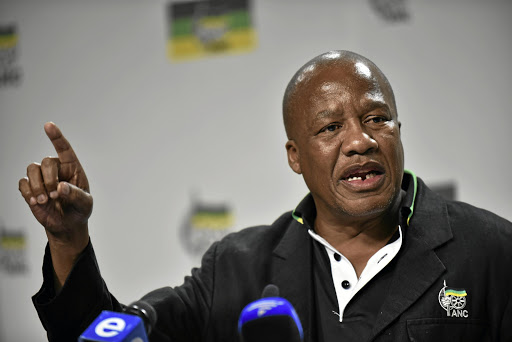 African National Congress (ANC) Chief Whip Jackson Mthembu says he made a call for the entire leadership of the party to resign at the party’s national executive committee meeting after the local government elections in August.

“After the third of August local government elections‚ the NEC had a four-day meeting.

“It is in that meeting that I made this call that if we are taking collective responsibility for the mess we have created‚ for the lack of confidence in the African National Congress that came to the fore through these elections‚ therefore as the ANC leadership‚ we must also take a collective fall from grace‚” Mthembu told eNCA on Sunday.

Mthembu was repeating the comments he had made to City Press where he said the party’s top leaders should step down for having failed members as it moves from one crisis to the next.

Mthembu said it was only through the resignation that “our people can continue to have confidence in the ANC (and) not in us”.

Mthembu said it was because of the ANC leadership that people have lost confidence because of its factional behaviour‚ its arrogance and where a sitting minister Pravin Gordhan was spuriously charged with fraud on a matter that was administrative.

“In my view‚ a minister is being pursued for political reasons and then charged with fraud.”

Mthembu said when he called for the resignation of the ANC leadership‚ he meant everybody “myself included”‚ and President Jacob Zuma‚ Deputy President Cyril Ramaphosa and ANC secretary general Gwede Mantashe.

“This is something I said in the NEC by the way. Of course my argument did not win on the day. Again maybe that argument should be re-discussed in view of what happened to Comrade Pravin‚” Mthembu said.