The official residence of the premier of Gauteng has been sold for almost R18-million – just shy of double the auction reserve price. 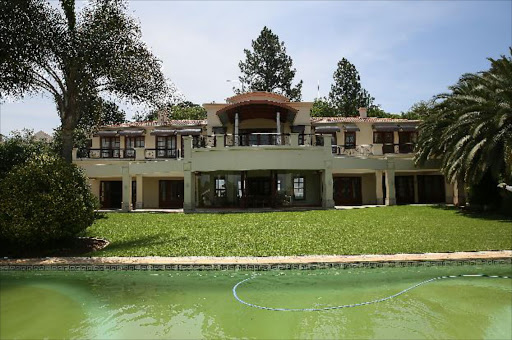 The official residence of Gauteng Premier David Makhura in Bryanston, which is being auctioned tomorrow as part of the sale of all provincial government properties.
Image: Alon Skuy

On Monday‚ infrastructure development MEC Jacob Mamabolo would not provide a figure as he said he was waiting for the auctioneer to give him a report.

But TMG Digital has it on authority that the property was sold for R17.75-million and the auctioneers are meeting the buyer on Tuesday morning.

The house in Bryanston‚ which was meant to be the official residence of Premier David Makhura but he chose not to occupy it‚ went on auction with a starting bidding price of R9.25-million. The reserve price was R9-million.

It was one of 18 properties that were auctioned online by Tirhani Auctioneers on behalf of the provincial Department of Infrastructure Development.

Mamabolo said on Monday that the results of the auction had to be studied.

“We have said that the auction will be an open and transparent process. That we are still committed to.”

The premier's residence was the only residential property among the 18 assets that were among the first to be auctioned by the department. The auction is part of the department's strategy to dispose of immovable assets that do not bring value or meet the core function of the Gauteng Provincial Government. Mamabolo said that those who had submitted the highest bids in the auction are not guaranteed ownership.

The property‚ on Eccleston Crescent‚ was bought by the provincial government from a French businessman in 2004 for R11.4-million. An additional R4-million was spent on renovations and repairing “structural defects”.

Those millions were spent during the tenure of his predecessor‚ now Water Affairs and Sanitation Minister Nomvula Mokonyane.

The department has compiled a list of 413 properties considered assets that are not creating value for the department.