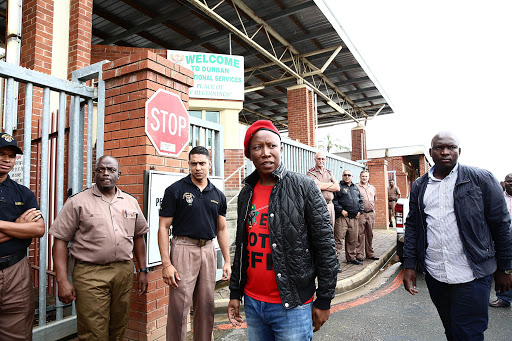 Malema and his officials were also accompanied inside by EFF lawyers and Khanyile's mother Phumzile Khathini.

At the gates of the prison hundreds of EFF members braved the rain chanting struggle song.

Malema is currently inside the prison where he was whisked away by prison officials. Khanyile is believed to be the only student still in jail following last year's protest at Kwazulu-Natal universities.

Khanyile‚ a leader in the EFF Student Command‚ was out on bail for charges levelled against him in February when he was arrested in September.

He is due back in court on January 19.