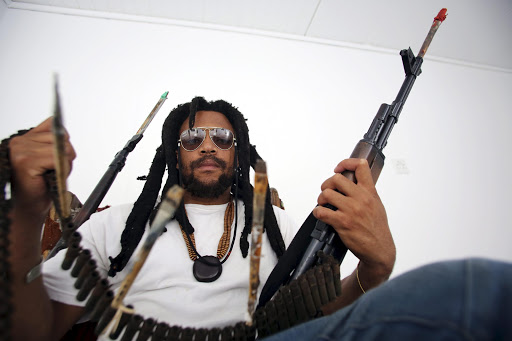 In his most recent portrayal‚ Zuma is depicted in a sexual act with late former president Nelson Mandela.

The Nelson Mandela Foundation said on Thursday that while it respected the artist’s right to freedom of expression‚ it found the painting distasteful.

Social media platforms were flooded with critiques on Thursday afternoon – most of which found the painting to be crude and offensive.

Mabulu told TMG Digital that the painting depicted the state of the nation.

“The rapist is continuing to do what he is good at‚” he said.

When asked whether he had gone too far with this portrayal‚ he said‚ “There are no boundaries.”

“Nelson Mandela himself is not God. He is not the Messiah and he understood that himself. We‚ the people‚ are the Messiah.”

Mandela in the painting is a representation of how the people are treated‚ Mabulu said.

“All the people who died before 1994 died in vain. They must be turning in their graves today‚ when they see the oppressor‚ the rapist doing what he does.

“He is constantly molesting this country.”

“In reaction to the painting currently in the public domain by Mr Ayanda Mabulu‚ the Nelson Mandela Foundation notes the public outrage it has caused and appreciates that the public is offended by it‚” said the foundation in a statement. "The Foundation would like to express that it respects Mr Mabulu’s right to freedom of expression. We however find this painting distasteful.”

Mabulu urged other artists and the public to protest against Zuma's continued presidency.

“We need to go out and not march for a day‚ but for weeks and months until we kick him out and throw him in a rubbish dump.

“People criticising the depiction on Mandela should focus on the rapist. They should ask the president why he is portraying them in this way.”

Public calls for Zuma to resign have grown in recent weeks after the president reshuffled his cabinet‚ removing former finance minister Pravin Gordhan and his deputy Mcebisi Jonas from their posts. Following the reshuffle the country's sovereign credit rating was downgraded to junk status.

Mabulu last year painted Zuma licking the butt of Atul Gupta in an aircraft cockpit in which an ANC flag can be seen.

Through the aeroplane’s window another aircraft can be seen approaching. At the time he also said that the plane's imminent crash depicted the state of the nation.