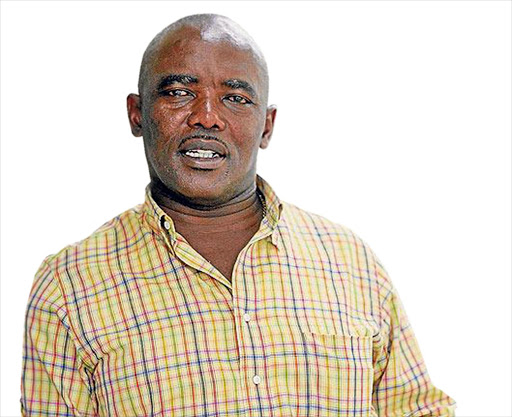 Bruce Koloane‚ the man seen as the fall guy for the Gupta wedding plane landing at Waterkloof military base four years ago‚ later asked the controversial family to sponsor a golf tournament for his 20th wedding anniversary‚ leaked emails show.

Now he is South Africa’s Ambassador to the Netherlands but was head of state protocol at the Waterkloof Military base at the time of the wedding landing controversy.

He was appointed ambassador to the Netherlands in 2014 by President Jacob Zuma after being demoted to liaison officer subsequent to his disciplinary hearing. The president’s son‚ Duduzane‚ is a business partner of the Guptas.

Koloane was found to have breached security by giving clearance for the JAI 9900 to land whilst carrying the Gupta wedding guests.

Koloane was said to have on the day of the illegal landing told Defence Minister Nosiviwe Mapisa Nqakula's political adviser that he was “under pressure from number one”‚ to secure clearance for landing. Koloane was found guilty of exerting undue influence on some of the state officials‚ to secure the landing.

Leaked emails from the Gupta’s Sahara company reveal that Koloane in January last year wrote to Sahara chief executive office Ashu Chawla to sponsor a golf tournament for his 20th wedding anniversary celebrations' planned for last December. Koloane‚ a well-known golf fanatic‚ said he was planning to host the tournament in his hometown of Pietermaritzburg.

Sahara computers is owned by the controversial Gupta family‚ the details of whose influence over government ministers and state-owned entities was revealed this weekend by the Sunday Times in reports on a tranche of leaked emails.

“This year marks 20 years since I married my wife and plan to host a Golf tournament in December 2016 in Pietermaritzburg as part of my celebrations. This is besides the party I will have at home with family. I am writing to you to request your support in sponsoring some prices that I could use during the Golf Tournament.

“Should you be in a position to help‚ an indication of the type of prices (prizes) you might be able to sponsor would help in the planning phase. I look forward to hearing from you‚” said Koloane in the e-mail.

It is not clear if the company agreed to sponsor it but A Pietermaritzburg source told Timeslive that there were big celebrations at Koloane's home in December last year.