Zuma back pedals after criticising cops in Courtney Pieters case 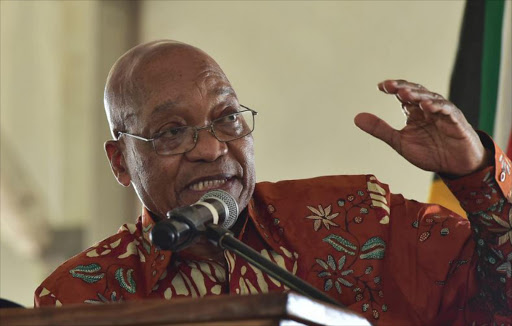 After visiting the family of Courtney Pieters two weeks ago‚ President Jacob Zuma slammed the way in which police handled the disappearance and murder of the Cape Town three-year-old.

But back in Elsies River on Tuesday‚ Zuma changed his tune. “Today I started at the police station with (police minister Fikile Mbalula). The minister asked the commanders to give a report to respond to that ...complaint‚” he told a large crowd at a crime imbizo.

“They believe there was a lot of exaggeration. They acted immediately‚ including coming with a (sniffer) dog.”

Zuma said it was important to set the record straight after he stood on the Pieters family's doorstep and declared: “When the police were asked to come and help‚ they almost treated the mother as the perpetrator instead of helping to look for the child.”

On Tuesday‚ Zuma called on communities to form street forums to deal with crime targeting women and children.

But a number of community leaders and residents pleaded with Zuma and cabinet ministers at the imbizo to fast-track service delivery and deal with crime.

The former deputy chairman of the community police forum in the area‚ Imraahn Mukaddam‚ said their cries about crime were not heard until Courtney's death.

He said the community needed houses and jobs rather than more police. Other community members complained that police were In the pockets of criminals.

Mbalula promised police would deal with gangsters who blocked construction of houses. He said his officers would need help from the community to identify officers who were paid by gangsters.