Government to review nuclear plan due to recession 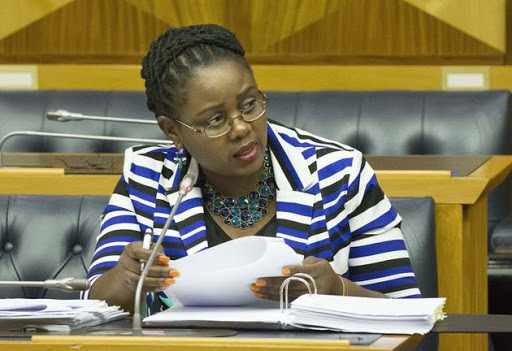 South Africa will review its nuclear plans as part of its response to the economic recession in the country, Energy Minister Mmamoloko Kubayi said on Wednesday.

South Africa is planning to build 9,600 megawatts (MW) of nuclear capacity, a project that could be one of the world's biggest nuclear contracts in decades.

Kubayi, who was in Moscow leading a delegation at to nuclear conference, said she was a member of a cabinet committee chaired by President Jacob Zuma which was drawing up responses to recession and that the committee would study the nuclear plans.

The country has technically entered recession after two quarters of economic contraction, and the procurement process for the nuclear project has been disrupted by a court ruling which declared a nuclear pact between South Africa and Russia unlawful.

"We will do the nuclear project at a scale and pace that we can afford. So we will look at that completely, if we need to review the scale we have obviously to go back," Kubayi told a news conference.

In response to a question on the firm that South Africa could choose to build new nuclear reactors, Kubayi said it was important to go for "the most experienced people who have a track record".

Russian state firm Rosatom is a contender to build the nuclear reactors and has been talking up its chances of winning the contract, given delays and cost overruns at French competitor Areva and Japanese-owned Westinghouse .

She said it was too early to give an exact date on when the procurement process for the nuclear project could restart and that South Africa was reviewing intergovernmental agreements with many countries following the High Court ruling against the Russian nuclear pact.

She said: "In a few weeks we should be able to give an indication (of the procurement restart date), once the internal cabinet processes have been concluded."