Mbete should not preside over no-confidence debate‚ opposition parties say 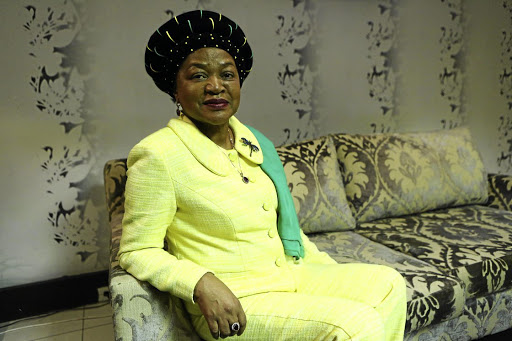 Opposition parties in Parliament say that the Speaker of the National Assembly‚ Baleka Mbete‚ should not preside over the debate on the motion of no confidence in President Jacob Zuma next month because she is "patently biased" and "conflicted".

The parties‚ including the ACDP‚ the APC‚ Cope‚ the DA‚ EFF‚ IFP and UDM‚ met to discuss several issues in the political sphere.

In a joint statement released after the meeting by UDM leader Bantu Holomisa‚ the parties said of the vote of no confidence: "Some political parties in Parliament have already begun to make their submissions to the Speaker to further motivate for a secret ballot. However‚ we reinforce the ruling that it is within her discretion to make a determination. We hope that for once‚ she will be impartial and take a decision for the benefit of South Africa.

Mbete has no business fiddling with the judiciary

As National Assembly speaker and ANC national chairman Baleka Mbete plants her flag in the sand for the ANC's top job in December, her comments in an ...
Ideas
4 years ago

"We note her instructions to the ANC MPs to vote in favour of their President; the Speaker is patently biased and therefore compromised. She cannot preside over the debate. To add to this‚ Ms Mbete will act as President in the event of the success of the no-confidence-vote which makes her even more conflicted."

The parties have called for mass protest action on Cape Town on the day of the debate‚ and have called on those not in Cape Town‚ to take to the streets in their own communities.

Other issues discussed were the Black First Land First attacks on journalists as well as the conduct of UK PR firm Bell Pottinger.

On the attacks on journalists‚ the parties said "we denounce this emerging foreign culture of intolerance we witness these days".

They also expressed concern about Mbete's recent statements in the Sunday Times regarding some members of the judiciary and called on Zuma to expedite a judicial inquiry into state capture.

The party leaders also called on Public Protector Busisiwe Mkhwebane to "unequivocally apologise to the nation" and called on her to "immediately stop turning this office into a political side show that serves the interests of a destructive faction within the ruling party".

Following reports in recent months of an "alleged rogue intelligence unit" spying on political leaders‚ the opposition parties "resolved to ask the Parliamentary Joint Standing Committee on Intelligence to request a briefing from the State security apparatus on the media reports; especially in cases where some leaders have apparently been targeted for assassination"‚ the statement said.