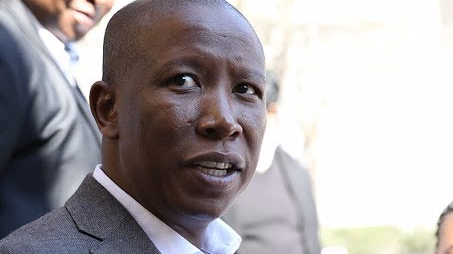 The ANC caucus has called a three-line whip - a strict instruction for members to attend and vote - as it prepares to present a united front in the first ever motion of no confidence to be conducted via secret ballot in Parliament.

This follows the announcement by speaker Baleka Mbete that Parliament will conduct the latest attempt to remove President Jacob Zuma from office by secret ballot.

Following a Constitutional Court ruling that the decision on whether to hold a secret ballot or not rested squarely on the shoulders of the Speaker of the National Assembly‚ Mbete took 46 days to apply her mind.

In announcing her decision during a media conference‚ Mbete said she believed a secret ballot was "in the best interests of our country" and would put "the resilience of the democratic institution to the test".

Opposition leaders hope to meet with ANC chief whip Jackson Mthembu ahead of the motion of no confidence debate on Tuesday to iron out the details of ...
Politics
4 years ago

And while opposition leaders roundly applauded the decision‚ IFP chief whip Narend Singh said they would write to chief whip of the ANC Jackson Mthembu to request an urgent meeting ahead of the debate to discuss the procedures around how voting would take place.

He said this was important as there should be no fear among MPs that people would be able to determine how they had voted.

There is some precedent for a secret ballot in Parliament as in 2009‚ COPE fielded a presidential candidate‚ Mvume Dandala‚ to contest against Jacob Zuma for the presidency. IEC ballot boxes were used in that vote.

For the vote to succeed‚ the opposition will require 201 votes. The ANC holds 249 of the 400 seats in Parliament‚ but has five vacancies.

Spokeswoman for the ANC caucus Nonceba Mahlauli said the party would hold a caucus meeting ahead of the vote and that a three-line whip was in place. A three-line whip is a strict instruction to attend and vote‚ breach of which would normally have serious consequences.

IN FULL: Speaker of the National Assembly Baleka Mbete provides her reasons for allowing a secret ballot during the Motion of No Confidence debate in ...
Politics
4 years ago

Mahlauli said absenteeism would only be allowed in "extenuating circumstances".

She however said the party had no role to play in the logistics of the vote.

Leader of the United Democratic Movement‚ Bantu Holomisa‚ who led the legal battle for a secret ballot said he hoped all MPs in Parliament would use the opportunity to "put South Africa first".

"It's time for public representatives to honour their oath of office‚" he said.

DA leader Mmusi Maimane said the decision was "historic" and he hoped it allowed MPs to exercise their conscience "freely and fairly".

"If Baleka went against the party line‚ in the open‚ what stops an ANC MP from going against the line in secret?" he said.

Singh said that while Mthembu had previously indicated that a removal of the president could be a "nuclear bomb"‚ he hoped that this bomb would be "cleansing"‚ ridding the country of "graft and corruption".

He was hopeful that South African's would wake up to Mbete as acting president on Women's Day.

Opposition parties have welcomed Speaker of the National Assembly Baleka Mbete's decision to hold a secret ballot on the motion of no confidence in ...
Politics
4 years ago

COPE leader Mosiuoa Lekota called the decision "groundbreaking" and said that it now placed the responsibility "squarely on the shoulders of the men and women in Parliament".

Leader of the ACDP Revered Kenneth Meshoe said he was "delighted that rationality has prevailed" while the Freedom Front Plus' Pieter Groenewald was more guarded in his response‚ saying he hoped that it had not been made because the ANC and Mbete had been so confident that ANC MPs would toe the party line.

Mbete said she had taken "due and impartial consideration of all the factors" in making her decision and was mindful of the fact that a motion of no confidence was a "powerful tool towards holding the president to account".

She said by allowing for a secret ballot‚ they would "use the opportunity to show responsiveness to our people".

Mbete said she had given consideration to the "toxified and highly charged environment" as well as to threats to MPs choosing to vote with their consciences in making her decision.

Mbete said parties forcing members to toe a party line would fall foul of the Constitution.

Protesters‚ who started marching from Keizersgracht Street in Cape Town towards Parliament at about 3pm‚ were overjoyed by the news of the secret ballot.

"Excellent! The best news of the day‚ the month‚ the week‚ the year. I think there is a 50/50 chance that Zuma will be ousted‚'' said one religious leader.

When asked about what he thought would happen during the vote‚ one man said: "I have no idea. I just hope they kick out that f***ing bastard."

The march was addressed by former deputy finance minister Mcebisi Jonas who called on South Africans to unite as civil society.

He said it didn't matter how the vote went on Tuesday.

"[What we must build] from here is a solid movement of South Africans who care about the future of South Africa not leaders who are concerned about the survival of their political parties‚" he said.

Thousands more are expected to take to the streets in the morning to call for Zuma's removal.