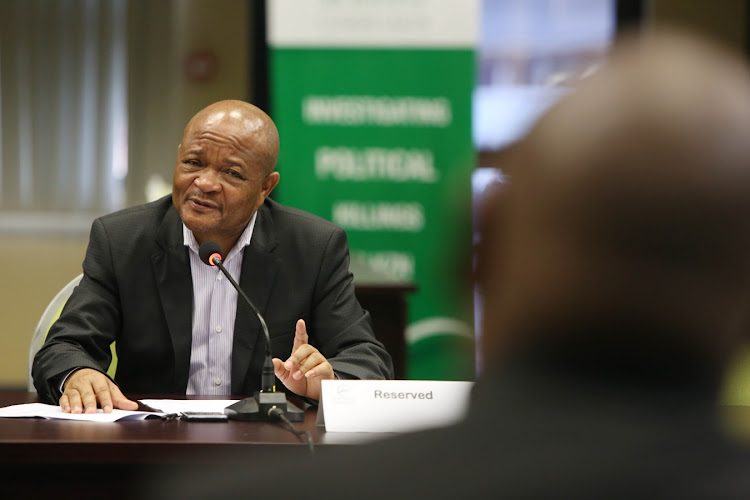 Had IFP leader Mangosuthu Buthelezi not left the ANC Youth League‚ the bloodshed between the ANC and IFP in KwaZulu-Natal could have been avoided.

This was among the hard-hitting testimony given by former KZN premier and ex-ANC KZN chairman Senzo Mchunu at the Moerane Commission into political violence on Wednesday morning.

Mchunu said the violence in the mid-1980s to mid-1990s‚ which killed thousands‚ could also have been averted had more attention been paid.

But he said that Buthelezi could have been a central figure in preventing bloodshed in what became known as the "killing fields" of the Midlands.

"The fact of the matter is that there was blood and bodies in this province. The only way we could‚ perhaps‚ have avoided that would have been Inkosi Buthelezi admitting that‚ at one stage‚ having been part of the ANC - at some point he was a member of the Youth League of the ANC - perhaps admitting that he abandoned the revolutionary liberation movement for some reasons. Maybe he could have stayed within the liberation movement‚" said Mchunu.

TimesLIVE has reached out to IFP national chairman Blessed Gwala for a response‚ and this story will be updated should he reply.

Buthelezi in 2012 confirmed that he was a member of the ANC's youth league.

Mchunu‚ who was ousted as premier in May 2016 after losing out at the now-nullified ANC KZN elective conference in 2015‚ also believes that better negotiations could have made a difference in dealing with the bloodshed.

A northern KwaZulu-Natal councillor has claimed that they have uncovered thousands of illegal ANC members ahead of the elective conference in ...
Politics
4 years ago

"The crucial years that we lost were 1978‚ 1979‚ 1980‚ 1981. If there was space‚ time and a conducive environment‚ more discussions and more interaction at the highest level‚ if there was an anticipation of what lay ahead‚ this could have been avoided‚" he said.

Mchunu said the ANC had never viewed the IFP as its enemy.

"We always looked beyond it. We looked at ourselves and IFP as victims of a state-driven kind of conflict and resultant tension and violence. And they [the apartheid government] were doing this deliberately‚" he said.

Mchunu said the proliferation of guns in KZN created an environment of easy access to the tools of murder. At one stage he had received information that seven tons of weapons had been delivered by the state to the province.

"I must further submit that at this period‚ at the close of the 1980s up to December 1996‚ there was a lot of proliferation of firearms and ammunition distribution‚" he said.

"They were almost freely available. KZN is the only province in the Republic of South Africa that ever received seven tonnes of arms and ammunition‚ at one stage‚ as information got made available to all of us. You would get terrified that there were firearms all over and that anyone could lay their hands on them‚" he said.

In an effort to fight violent crime and eradicate illegal firearms in KwaZulu Natal‚ a multi-disciplinary team arrested four suspects‚ including one ...
News
4 years ago