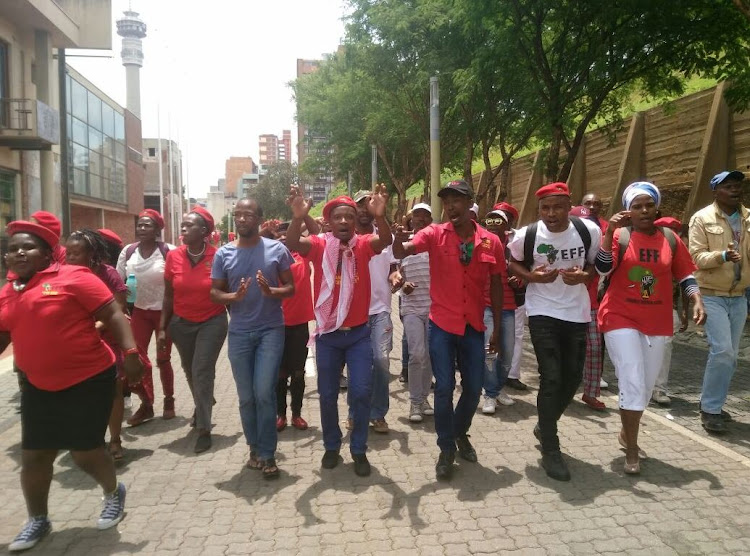 The EFF celebrate their victory outside the Constitutional court.
Image: Katharine Child 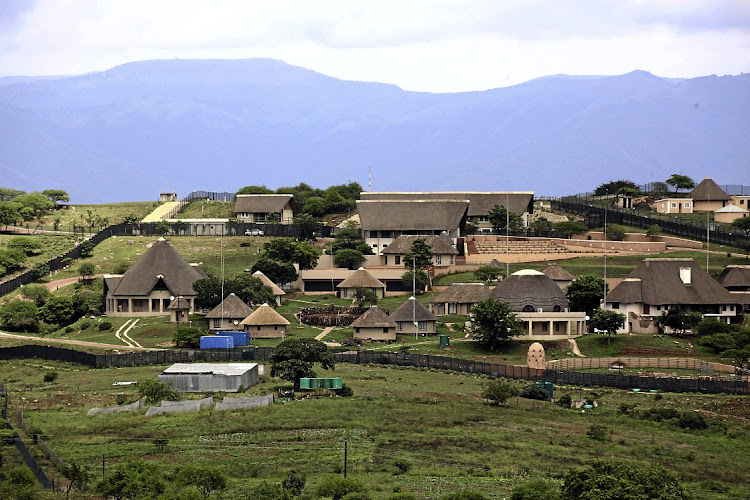 The EFF has slammed the conduct of Chief Justice Mogoeng Mogoeng for interrupting Justice Chris Jafta as he was reading the summary of the Constitutional Court judgments on whether parliament had held Zuma properly accountable.

But a legal analyst says the political party has overreacted.

On Friday‚ a majority judgment of the court ruled that parliament had breached the Constitution in not properly holding Zuma to account for his Nkandla upgrades.

Justice Chris Jafta read the majority judgment which ordered the National Assembly to make rules on how to conduct parliamentary proceedings to remove a president under Section 89 of the Constitution.

Section 89 of the Constitution allows a president to be removed with a two-thirds vote of no confidence for violating the Constitution‚ for serious misconduct or breaking the law.

Mogoeng disagreed with the majority judgment and accused the order to parliament of being "a textbook case of judicial overreach".

When Jafta was reading the judgment summaries‚ Mogoeng handed him a note to say that he wanted his own written summary of his dissenting judgment read out.

"It is unprecedented for those who have been in courts throughout their existence….. for such an invitation to be displayed by the holder of the highest office of the courts - who was actually trying to impose his own judgment into the record."

"We really have to look at the decorum and the conduct of the Chief Justice. He cannot just be over celebrated. He must be called into order when he conducts himself in a manner not expected of the leader of the judiciary."

Executive secretary of the Council for the Advancement of the South African Constitution Lawson Naidoo explained to TimesLIVE that: "The EFF has blown this out of proportion. Chief Justice Mogoeng Mogoeng was certainly within his rights to have his opinion expressed accurately. He is entitled to have his conclusions properly recorded He has right to express a view and in this case it was a minority view."

Naidoo explained that there are often various judgments in constitutional court cases and this "is how the court functions".

Leader of the EFF Julius Malema took to twitter to criticise Mogoeng. Malema tweeted: "CJ [Chief Justice] can disagree anyhow he want but to show disrespect to a fellow Justice on the bench especially during the reading of judgement is unacceptable. The independence of Judges include that no one can tell them how to write their judgements but we saw the opposite today."