Parliament to deliberate on rules dealing with removal of a president 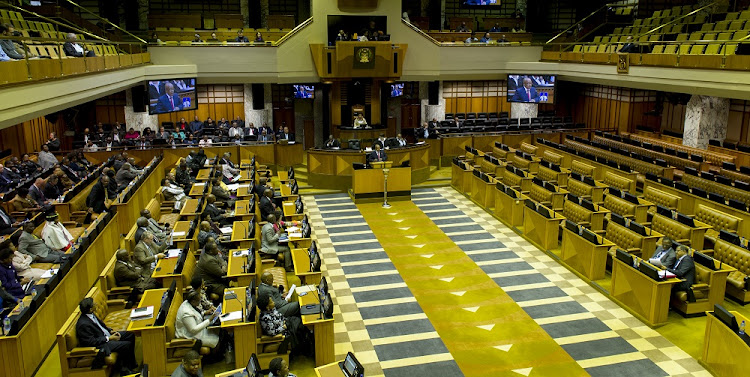 Parliament’s rules review sub-committee is scheduled to meet on Wednesday and Thursday to deliberate on a draft procedure for implementing section 89(1) of the Constitution which deals with the removal of a president.

This follows the Constitutional Court’s judgment handed down on December 29 that the National Assembly had failed to put in place proper rules regulating a procedure for section 89(1) of the Constitution.

The Constitutional Court ordered the National Assembly to make such rules without delay to initiate a process under section 89(1)‚ in terms of the newly developed rules.

“In keeping with the Assembly’s commitment to comply fully with the Constitutional Court’s majority judgment‚ Members of Parliament serving on the National Assembly Rules Subcommittee have been notified of the forthcoming meetings and supplied with documents to be considered there.

“The documents include a draft procedure drawn up in April 2016‚ but not finalised‚ and a comparative study‚ compiled in 2015‚ about impeachment proceedings of seven other Parliaments on the removal of a Head of State‚” Parliament said in a statement on Sunday.

“The draft procedure‚ once finalised by the Subcommittee‚ would need to be adopted by the National Assembly as part of the Assembly’s rules‚” it added.

Deputy President Cyril Ramaphosa, in his first major speech as ANC leader next weekend, is likely to flag a special prosecution process on state ...
News
3 years ago