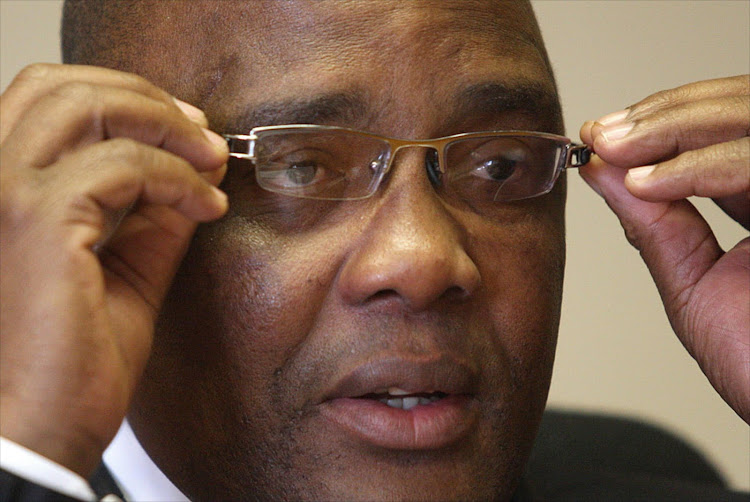 Health Minister Aaron Motsoaledi has denied that the country’s health system is facing a total collapse‚ after comments in the media claimed this was imminent.

He did admit‚ however‚ that it was seriously “distressed”‚ with shortages of medical and nursing staff in state hospitals and a huge number of sick patients with HIV‚ diabetes‚ TB or cancer.

He spoke of a huge “avalanche of patients” visiting Gauteng from Limpopo‚ Mpumalanga and the North West for cancer treatment.

The minister was holding a media conference on Tuesday after being inundated with media queries about "the collapse" of healthcare.

This followed comments by Health Ombudsman Malegapuru Makgoba and the Committee of Medical Deans about serious issues in the health system‚ with Makgoba warning of a health system collapse.

Motsoaledi was at pains to say the system had not collapsed.

Health Minister Dr Aaron Motsoaledi refused to acknowledge a strike at the Charlotte Maxeke Hospital in Johannesburg and even called disgruntled ...
Politics
4 years ago

When challenged by journalists about multiple critiques of a failing health system by the Treatment Action Campaign‚ the SAMA doctors’ union and medical deans‚ he said: “The issue of a crisis is not what I am talking about. I am talking about total collapse.”

He admitted many posts for doctors in Gauteng hospitals were not filled. He added that many medical posts had not been filled in the North West.

“When we placed the North West under administration we found huge vacancies. This month we are going to fill 223 vacancies at the cost of R150-million‚” he said.

Asked how he could implement National Health Insurance (NHI) responsibly when the health system was not working‚ Motsoaledi said the NHI was needed because of these problems.

He was asked if‚ given the Esidimeni tragedy‚ long waiting lists for cancer treatment‚ staff shortages and violent strikes in hospitals‚ he considered himself fit for the job as health minister. But he failed to answer the question.

He said: "I leave that in your hands‚ I cannot stand here and make that judgement for myself. I find it very difficult to answer that question for myself."