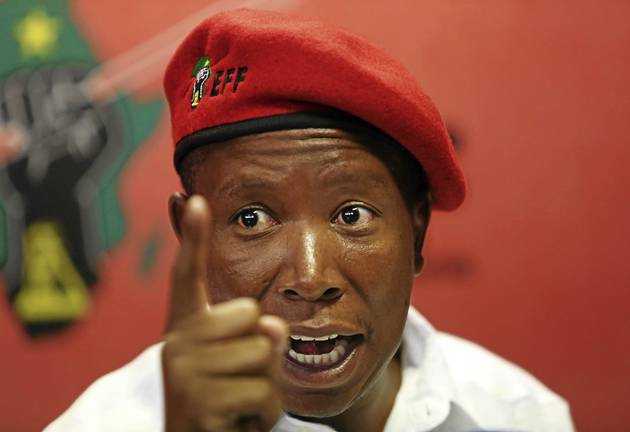 In scathing affidavits filed at the Pretoria High Court‚ National Director of Public Prosecutions Shaun Abrahams has slammed the EFF’s argument that Malema’s prosecution was politically motivated as based on nothing more than “conspiracy theories”.

In addition to denying suggestions by the EFF that he met then president Jacob Zuma and his cabinet to discuss the case against Malema‚ Abrahams has also dismissed the EFF’s claims that incitement charges against Malema violated his right to free speech.

“Mr Malema’s position is a frontal assault on rule of law. He contends that what his party sees as inadequacies in the land redistribution policies of the duly elected government‚ justifies him in urging his supporters to grab land by (to use his words) any means necessary. This is profoundly at odds with the democratic ethos of the Constitution‚” Abrahams states.

He added that “it is an abuse of free speech to use it to ram through an ideologically driven agenda that would upend the constitutional settlement that brought an end to apartheid”.

Abrahams says the EFF’s attacks on the 1956 Riotous Assemblies Act is “baseless” since the law has “long since been stripped of its apartheid-era baggage”.