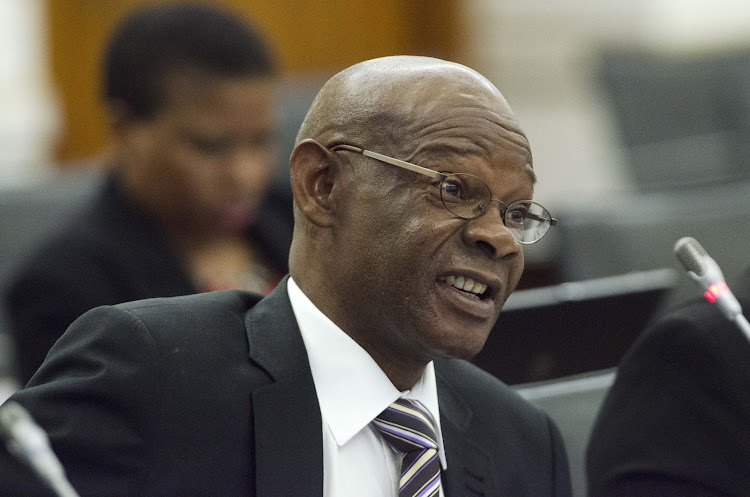 The Democratic Alliance (DA) has expressed reservations about the appointment of Dr Silas Ramaite as acting National Director of Public Prosecutions (NDPP).

This is in stark contrast to the African National Congress (ANC)‚ which welcomed President Cyril Ramaphosa’ swift action in making an acting appointment.

Ramaphosa announced Ramaite’s appointment following the judgment of the Constitutional Court on Monday – a judgment which made the appointment of Shaun Abrahams as NDPP invalid.

This left the National Prosecuting Authority (NPA) without a head.

DA spokeswoman on justice‚ Glynnis Breytenbach‚ said Ramaite had in the past defended the decision of former NDPP Bulelani Ngcuka to not institute corruption charges against former president Jacob Zuma.

Silas Ramaite has been chosen as acting National Director of Public Prosecutions (NDPP), the presidency said on Tuesday.
News
3 years ago

“He even went so far as to acknowledge his own co-responsibility on the issue‚ stating in 2004 that ‘we had made the decision as a collective in the NPA and we stand by it’ and that ‘it was not as if Bulelani sat there in the office and took decisions alone’‚” Breytenbach said.

Breytenbach said Ramaite had sat idly by while successive NDPPs systematically destroyed the fabric of the NPA and South Africa’s criminal justice system.

“His track record proves that‚ at best‚ he is weak‚ vacillating and pliable.”

Breytenbach said Ramaphosa should urgently appoint a new permanent NDPP‚ and that he should involve Parliament in the selection process.

In its statement‚ the ANC said Ramaphosa’s prompt and resolute action would go some way in ensuring that the public regained confidence in the NPA.

President Cyril Ramaphosa has appointed Dr Silas Ramaite as the Acting National Director of Public Prosecutions. Here is what you need to know about him.

President Cyril Ramaphosa has appointed Silas Ramaite as the acting National Director of Public Prosecutions. Here is what you need to know about him.
News
3 years ago

Former head of the National Prosecuting Authority (NPA) Mxolisi Nxasana needs to “find” the R10-million the Constitutional Court ordered him to repay ...
News
3 years ago

Now that we're shorn of Shaun, these are Cyril's options

President Cyril Ramaphosa is under pressure to appoint a new national director of public prosecutions as soon as possible after the Constitutional ...
Ideas
3 years ago