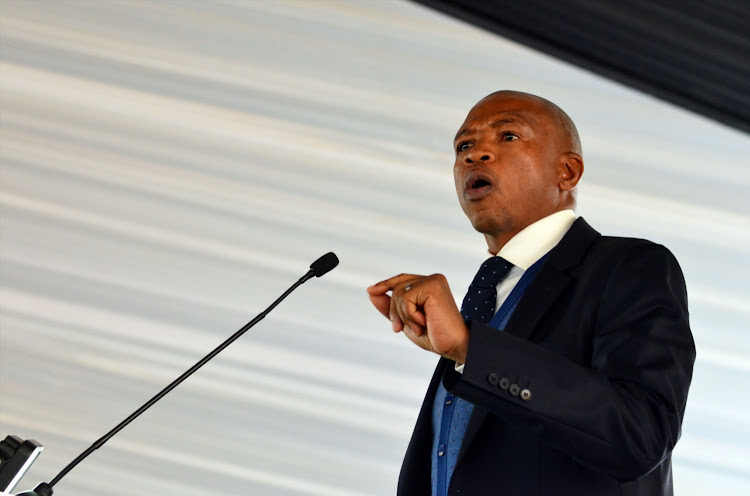 President Cyril Ramaphosa was in attendance when a hostile crowd jeered and booed Mahumapelo.

The meeting in the ANC's Bojanala region was called amid a tense political environment in the region.

By 1pm the meeting was under way behind closed doors after the media was asked to leave the venue.

Party members sang 'Ramaphosa disbanda'‚ a song which is understood to be a call for Ramaphosa to disband the North West ANC leadership.

Others sang a song whose lyrics can be loosely translated as “we have heard the good new that Supra (Mahumapelo) is leaving”.

Attempts by Mahumapelo to appeal for calm were met with boos from the ANC members who were singing pro Ramaphosa songs.

It took Ramaphosa's intervention to calm the mood before the media was asked to leave.

Just outside the Rustenburg Civic Centre‚ the venue for the meeting‚ a group of youth had gathered and were singing songs.

The meeting is supposed to be between branch leaders‚ provincial leaders and Ramaphosa‚ together with some NWC members but the group tried to storm the venue after they managed to force the police to flee the gates to close the entrance to the main venue.

Earlier on Sunday morning‚ ANCYL president‚ Collen Maine‚ played down the seriousness of the NWC visit to the province.

"The NWC is here as a normal visit to provinces. We will be going to all the provinces of the ANC ...it's an interaction of the NWC of the ANC with the structures the ANC‚" said Maine.

He said the party leadership was in the province to "energise" party structures ahead of the elections campaign.

"There is no reason to worry‚ the ANC is a very strong organisation‚ liked by our people. The NWC is here to strengthen the work of the ANC in the province‚" said Maine.

But some ANC provincial executive committee raised concerns that the latest move was to find ways to disband the provincial leadership under Mahumapelo.

Another PEC member‚ who is a Mahumapelo supporter‚ said even if the provincial leadership was disbanded‚ his faction would regain power in a similar way to when they were dissolved in 2010.

"Three months is nothing‚ they will not succeed‚" said the PEC member.