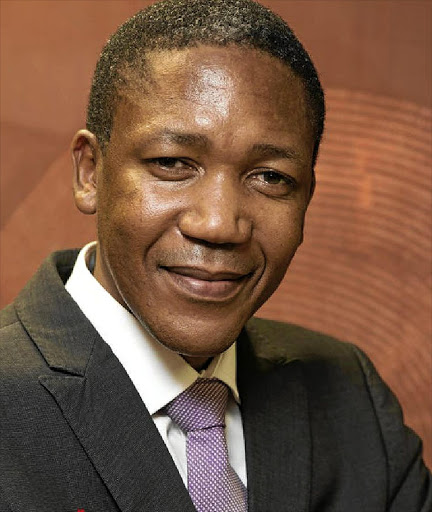 Richard Seleke is vacating his position after reaching a settlement with President Cyril Ramaphosa’s office as well as the department.
Image: SUPPLIED

The embattled Gupta-linked public enterprises director-general Richard Seleke is finally leaving the public service after reaching a settlement on his exit.

This brings to an end a deadlock between Seleke and his employer. He had over two months ago accepted a R3-million settlement but refused to sign on the dotted line unless a condition preventing him from working for government until 2020 was scrapped. He vowed at the time to challenge this in the labour court.

The public enterprises department announced this week that Seleke‚ who was suspended by minister Pravin Gordhan in March‚ was officially vacating his position following a settlement reached with President Cyril Ramaphosa’s office as well as the department.

It was not clear whether Seleke’s exit meant he had accepted a revised settlement offer or the initial one with a cooling-off period. Attempts to get hold of him were unsuccessful.

His departure‚ according to the Organisation Undoing Tax Abuse (Outa) is not the end of it for Seleke‚ who was implicated in the leaked Gupta emails.

The anti-corruption activist group said it was “preparing a detailed submission on the outgoing public enterprise director-general Richard Seleke’s relationship with Gupta family to be handed to the Zondo Commission of Inquiry into State Capture”.

Gordhan is known to have suspended Seleke over his alleged links with the Guptas.

Serious allegations against Seleke are contained in an affidavit by Outa chief operations officer‚ Ben Theron‚ who alleged that the then director-general leaked inside business information of state-owned enterprises to the Guptas and thus helped them secure major contracts with Eskom and Transnet.

Theron further alleged in the affidavit that:

Outa welcomed Seleke’s departure but promised to “continue to pursue its charges of fraud‚ corruption and treason against him.

“We welcome the news of Seleke’s removal from office which is the result of a settlement stemming from investigations into his involvement with the Gupta family. However‚ this does not mean we will back down from our criminal complaint and our legal team will continue to apply pressure on the Hawks and NPA to investigate and take this matter to court‚” said Outa’s portfolio manager‚ Rudie Heyneke.

'Who are they to offer you the job?' - Nene backs Jonas's testimony on Gupta offer

“Who are they to offer you the job of minister?”
News
3 years ago

Home Affairs Minister Malusi Gigaba says he is willing to appear before the Zondo Commission of Inquiry into state capture should he be required to ...
News
3 years ago

Richard Seleke, the director general of the Department of Public Enterprises, has been placed on “extended leave”.
News
3 years ago