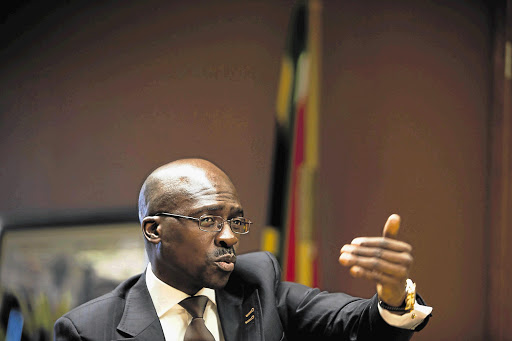 The presidency confirmed that Gigaba - who has faced a number of professional and personal controversies in recent weeks - stepped down on Tuesday.

The decision was taken, Gigaba said in his resignation letter, to relive President Cyril Ramaphosa from "undue pressure" so that he could "focus on improving the lives" of South Africans  and "serve the country and save it from this economic meltdown".

"The president [Cyril Ramaphosa] has accepted the minister’s resignation and expressed his appreciation for minister Gigaba's longstanding service to the government and people of South Africa," said presidency spokesperson Khusela Diko in a statement.

"Minister Gigaba indicated in his letter of resignation that he was stepping aside for the sake of our country and the movement to which he belongs. Further, to relieve the president from undue pressure and allow him to focus on improving the lives of the people of South Africa and for him to do the best he can to serve the country and save it from this economic meltdown," said Diko.

Transport minister Blade Nzimande will act as home affairs minister until a permanent replacement was made.

Gigaba - who was finance minister in the cabinet of former president Jacob Zuma - was recently the subject of court and parliamentary criticism over his handling of the matter of the Oppenheimer-owned Fireblade private terminal at OR Tambo International Airport.

He also came under fire for meeting the controversial Gupta family, as well as being questioned by the home affairs portfolio committee over his role in the Guptas' naturalisation as South Africans.

At the same time, Gigaba was caught up in a social media storm when a private sex tape was leaked.

Gigaba digs in over Fireblade, cites Gupta e-mail in plea to Ramaphosa

Home affairs minister Malusi Gigaba has met President Cyril Ramaphosa in a bid to convince his boss that he is not liar.
Politics
3 years ago

Home Affairs Minister Malusi Gigaba has apologised after using his pinky finger as a gesture in response to EFF spokesperson Mbuyiseni Ndlozi in ...
Politics
3 years ago

Gigaba: 'I have a right to be as romantic as I want with my wife'

“I have a right to be as romantic as I want with my wife.”
Politics
3 years ago