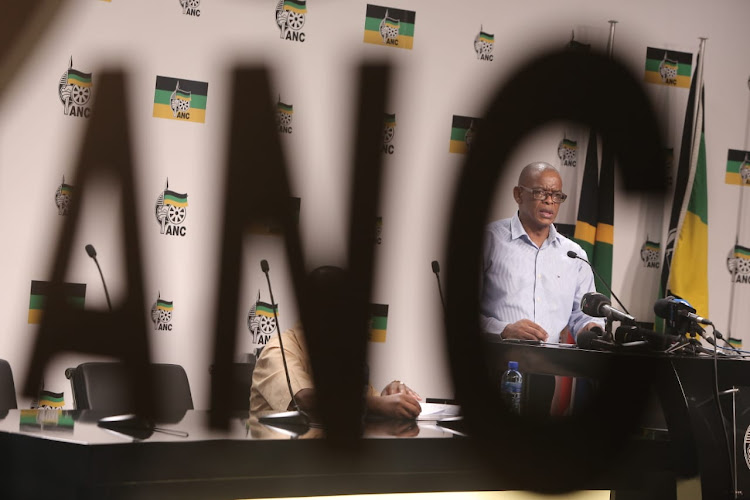 The ANC says its bigwigs accused of rape and sexual harassment voluntarily stepped down from speaking on behalf of the party.

"The ANC has therefore accepted their request to voluntarily step aside while dealing with the matters," secretary-general Ace Magashule said on Tuesday.

Rape allegations against acting spokesperson Zizi Kodwa emerged on Saturday, with the ANC confirming it had received a letter from a woman making the claims.

LISTEN to further analysis in our podcast, the Sunday Times Politics Weekly:

Spokesperson Pule Mabe was also accused of sexual harassment by his personal assistant. He was later cleared by the party.

Magashule was briefing the media on the outcomes of a national working committee (NWC) meeting at the party's headquarters on Tuesday.

I have never sexually harassed anyone: Pule Mabe speaks out after 'suspension'

There seems to be a "complete disregard to one's right to dignity".
News
3 years ago

"The NWC noted serious allegations of impropriety which have been levelled against Comrade Pule Mabe and Comrade Zizi Kodwa. The ANC has therefore accepted their request to voluntarily step aside while dealing with the matters," Magashule said.

Magashule said both Kodwa and Mabe would remain NEC members, but would not speak on behalf of the party until the allegations had been tested.

Dakota Legoete will continue acting as the national spokesperson of the ANC.

Magashule said gender-based violence was an endemic problem in society which should not be reduced to individual leaders.

"The ANC is committed to fighting gender-based violence wherever it occurs and takes allegations against any person with the seriousness it deserves," he added.

Rape allegations against Zizi Kodwa: What we know so far

The ANC's Zizi Kodwa has denied the allegations of a rape incident that allegedly happened in 2018.
News
3 years ago

Acting ANC spokesperson Zizi Kodwa has denied "with contempt" allegations that he raped a woman – describing the claim as a “dirty tricks campaign”.
Politics
3 years ago

African Global Operations (formerly Bosasa) director Papa Leshabane says he does not want to get involved in the rape accusation against his friend, ...
Politics
3 years ago