Gigaba was 'incorrect', citizenship for Guptas should be revoked: parliament 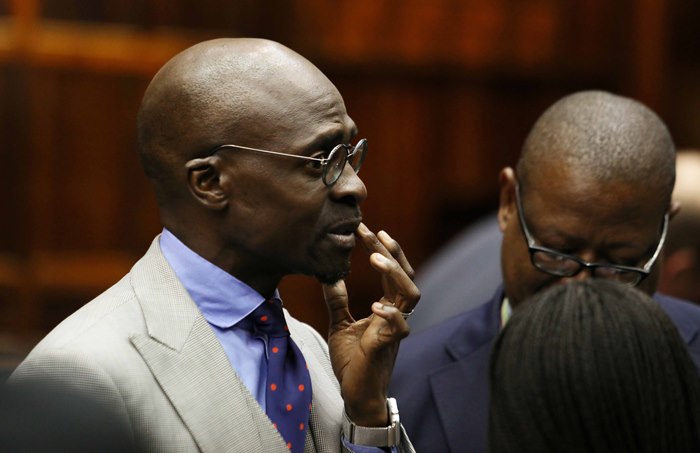 Parliament's portfolio committee on home affairs has recommended that the South African citizenship granted to Ajay Gupta's family be revoked as it was granted fraudulently and in a corrupt manner.

This is according to a report by the committee after an investigation into the application for early naturalisation by the Guptas and the "preferential treatment" the family  enjoyed with home affairs during the tenure of Malusi Gigaba as minister.

The committee also recommended that Ashu Chawla's SA citizenship be revoked, as he was the "central person" in the manipulation of the application process for the early naturalisation of the Guptas, as well as the facilitation of illegal visas for Gupta-linked Indian nationals.

Chawla is a naturalised South African of Indian descent who allegedly acted as a fixer for the Guptas in the naturalisation debacle.

Moreover, the committee said that Chawla and members of the Gupta family should be criminally charged for submitting false information to back up their applications for early naturalisation.

Home affairs minister Malusi Gigaba is adamant: he never did any favours for the Guptas.
Politics
3 years ago

The committee, based on evidence gathered during its investigation, found that it was reasonable to conclude that the Gupta family and Chawla "had a degree of influence over affairs of the department of home affairs and Gigaba".

The committee found that the initial rejection of the application for early naturalisation by Ajay Gupta's family was correct.

The committee was scathing of a subsequent application by the Gupta family - this time under "exceptional circumstances", which was approved by Gigaba - terming this "incorrect".

Gigaba approved the early naturalisation of Ajay Gupta's family, including that of Shivani Gupta and Angoori Gupta, despite Ajay refusing to let go of his Indian citizenship - because the Asian country does not allow dual citizenship, which effectively disqualified him from being granted SA citizenship.

"The procedures for the verification of supporting documentation used in the applications for citizenship and particularly early naturalisation were not sufficiently rigorous and/or enforced, and thus allowed for fraud and corruption," ruled the committee.

"The procedures of the Citizenship Act were not followed on time ... Given the irregularities identified in granting of such naturalisation, this is of additional concern."

Gigaba was not the only one found to be on the wrong side of the law. Then home affairs DG Mkhuseli Apleni was also found to have "failed in his oversight role as accounting officer".

This relates to Apleni having presided over "numerous administrative irregularities" in connection to the naturalisation of the Gupta family and illegal visas given to Gupta company employees from India.

Ajay Gupta's family, in convincing Gigaba of the "exceptional circumstances" in support of their application for early naturalisation, was found to have submitted incomplete and incorrect information.

The Guptas had claimed to be involved in social investment in the country, with 77 schools in the North West listed as receiving Gupta-sponsored sporting equipment. However, the committee could only be manage to reach 11 schools, of which five "indicated that they never received a donation from the Oakbay group", as claimed by the Guptas in their application.

"Of the six responses received from schools with donations, schools provided varying levels of detail. However, most of the schools link their donations to a competition for designing wedding invitations for the Gupta wedding, held in 2013," reads an extract from the committee's report.

"At any given point, there are thousands of persons who invest in South Africa. It cannot be that all of them would be entitled to early naturalisation by virtue of their investment," ruled the committee.

ANC leaders implicated in corruption and state capture have made the party’s list of potential members of parliament after the May 8 elections.
Politics
2 years ago

The instruction to fast-track the Guptas' and their associates' visas came from Home Affairs minister Malusi Gigaba's office early in 2015‚ according ...
News
3 years ago

North West government officials have debunked a claim by the Gupta family that it donated equipment to schools in the province and also ran a feeding ...
News
3 years ago