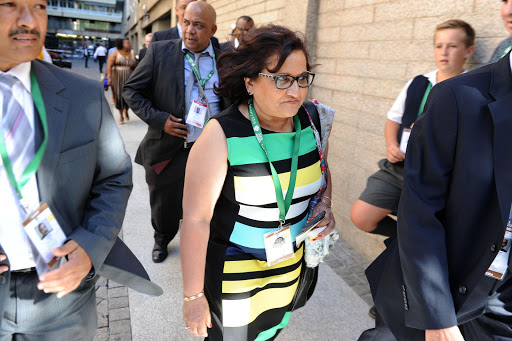 The SA National Editors' Forum (Sanef) has criticised an "attack" on an eNCA journalist following an ANC press conference in Johannesburg.

Sanef council member Chris Louw, speaking on eNCA, said he was "quite stunned" by comments made by ANC deputy secretary general Jessie Duarte.

The comments, which were recorded, included Duarte criticising reporter Samkele Maseko for asking "attacking" questions - and saying that he "had a habit of intimidating everybody, a habit of making people feel you are the lord of the media".

[WATCH] #JessieDuarte addressing eNCA's @samkelemaseko: "What do you want us to do; to bow and scrape every time you walk into a room and call you my lord, the lord of the media? You're just a journalist." Full briefing >> https://t.co/HSUbOIDvRe Courtesy #DStv403 pic.twitter.com/XOA4WY0c5c

"You’re just a journalist, like I am just a citizen. Nothing more, nothing less," she said.

At the beginning of the exchange, Duarte said she was "going to complain about you to the ombudsman".

Louw, however, was especially critical of Duarte's comments over freedom of speech.

"Those comments are really, really worrying," he said, adding that singling out journalists and media houses was a "dangerous game to play".

He said that "hopefully, Jessie Duarte will see the error of her ways in this regard".

Louw added that the action that Sanef could take against Duarte was limited.

"Jessie Duarte is a politician, she is not a journalist, so is not someone we can send to an ombud or statutory body. Sanef is not a body that metes out punitive action against people, but rather a body that defends freedom of speech and defends our democracy. We will do everything we possibly can … to ensure this type of discourse, this type of narrative, immediately stops," he said.

"The first thing we need to do is release a statement condemning this. We've seen this from politicians over the past 12 months or so and obviously it's going to escalate as we go towards the elections."

The ANC has gone on the offensive, and launched an attack on the Sunday Times and City Press newspapers for publishing details of how ANC secretary ...
Politics
3 years ago

ANC deputy secretary general Jessie Duarte on Tuesday labelled a poll that suggested the party was tracking towards 60% as the election approaches as ...
Politics
3 years ago

ANC Deputy secretary general Jessie Duarte on Friday said only people who had criminal convictions will be excluded from the ANC lists to parliament ...
Politics
3 years ago