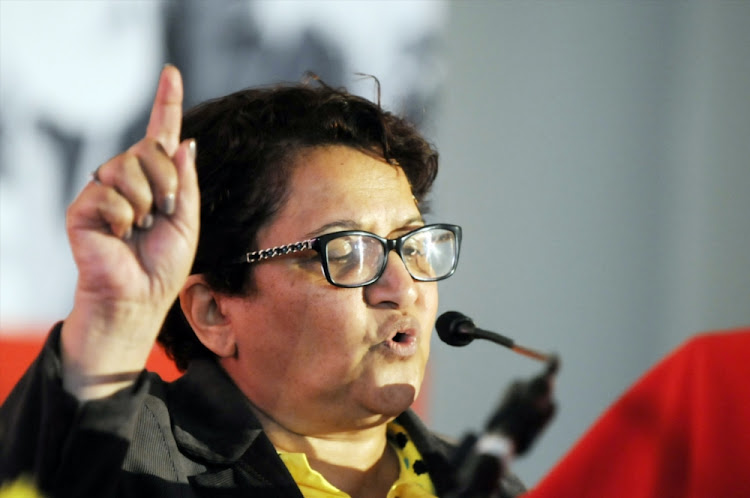 ANC deputy secretary-general Jessie Duarte on Friday said only people who had criminal convictions would be excluded from the ANC lists for parliament and provincial legislatures.

Speaking to the media in Durban on Friday, Duarte said the ANC would not a make judgement on people outside of a courtroom.

“Where a person is charged criminally in a court of law, definitely those matters are taken quite seriously,” she said.

Duarte said many of the ANC leaders who were nominated by branches but implicated in wrongdoing had voluntarily removed themselves off the list.

“It’s quite an important process because people do literally debate about names and they motivate why a certain person shouldn’t be moved lower on the list or be kept higher on the list,” she said.

Duarte said the party’s national list process would not be held ransom by the delays and in-fighting over who featured on the lists in the North West.

ANC head of elections Fikile Mbalula says the party’s election manifesto, which is to be launched at a rally in Durban, is not a “bucket of promises” ...
Politics
3 years ago

On Friday, the ANC held an extended national executive committee (NEC) meeting with their alliance partners to comb through and finalise the lists of names submitted by ANC branches to serve in the national assembly, the national council of provinces and all nine provincial legislatures.

Duarte said the outcomes of the North West list conference on Saturday may only change the lists marginally.

“The bulk of the list will not be changed. What the North West will focus on, we believe, is the legislature in the North West,” she said.

Factions of the ANC in that province have been warring after the provincial leadership led by former premier Supra Mahumapelo was disbanded.

Mahumapelo led two failed court bids to try and overturn the decision to disband them and later to interdict the opposing faction to run the list processes.

The ANC will launch its elections campaign early in January as it tries to prevent its national support dropping below the 59% predicted in some ...
Politics
3 years ago

An earlier attempt to hold the list conference in the North West resulted in bloody confrontation.

Duarte said what happened in that province was “quite unfortunate”.

The lists determine who from the ANC leadership will serve in the national assembly and provincial legislatures after the expected May general elections.

On Thursday, the ANC top leadership decided that the North West should rerun its list process as factional fighting derailed previous attempts to hold the conference.

Duarte said regardless of what happens there they would continue finalising the lists to be adopted by the NEC tomorrow.

When asked if she was concerned about the consolidated lists facing a court challenge for being finalised before the outcome of the North West province list conference, Duarte said that while anything could happen, the ANC conducted its processes fairly and openly.

ANC picked 'best among us' for 2019, says Gauteng No. 2 Panyaza Lesufi

African National Congress Gauteng chairperson and premier David Makhura says they will not allow anyone with a cloud over their head to be included ...
Politics
3 years ago

Former Cape Town mayor Patricia de Lille’s new political party Good has already won the support of about 60,000 people across the country with a ...
Politics
3 years ago