State capture: 'I learnt of the Gupta plane landing on television' 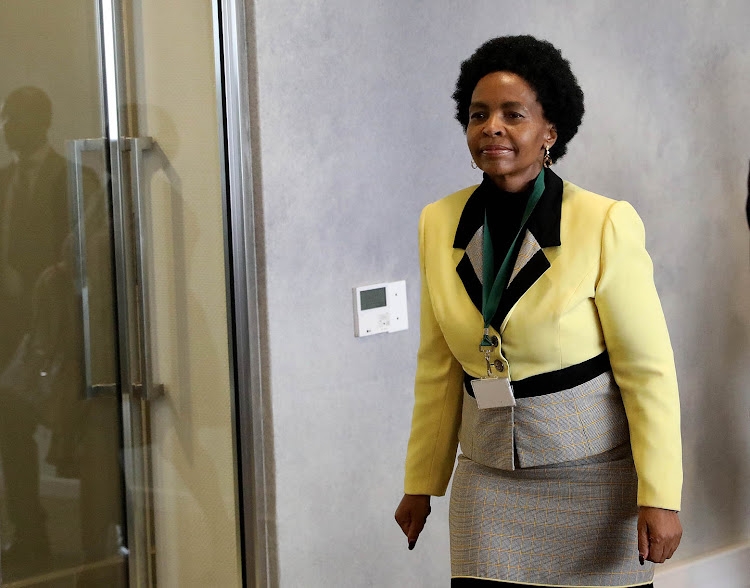 Minister in the presidency for women, youth and persons with disabilities Maite Nkoana-Mashabane testified at the commission of inquiry into state capture on Thursday.
Image: Veli Nhlapo

State capture-implicated former head of state protocol Bruce Koloane had few or no answers as to how the Gupta family landed a private aircraft at Pretoria's restricted Waterkloof Air Force base in 2013.

This is according to minister in the presidency for women, youth and people with disabilities Maite Nkoana-Mashabane, who testified at the state capture inquiry on Thursday.

Nkoana-Mashabane was international relations minister in April 2013 when a private plane carrying about 200 guests to the wedding of Vega Gupta and Aakash Jahajgarhia was allowed to land at Waterkloof. Blue light convoys whisked the guests off to Sun City.

Koloane testified to the commission in July this year and assumed most of the responsibility for the incident.

This led to him resigning as SA's ambassador to the Netherlands soon after his testimony.

Nkoana-Mashabane said she heard about the landing via the media.

“I got to know of the landing of the aircraft on television. I immediately called [then Dirco director-general] Jerry Matjila and I wanted to understand how did we get involved in this.

“When the news broke, a private aircraft had landed in a secure space for government. I wasn’t perturbed at first, because many such incidents happen without us. We only got involved if there was a diplomatic guest arriving. At first I wasn’t really worried, because we wouldn’t be involved,” she told the commission.

But Koloane, who was suspended after the incident, is said to have had few to no answers for Nkoana-Mashabane.

“He (Koloane) said it had nothing to do with the department, it was an oversight. I said I’m not happy. I then instructed Koloane that he had to face a disciplinary process, which ensued. That’s when he got sanctions that I had presented in my affidavit, and he got to get the punishment he got,” she said.

“I asked what task were you performing as chief of protocol. He could not respond. He said it was an oversight.”

Controversial ambassador to the Netherlands Bruce Koloane has resigned from government after he was recalled from his position  in Amsterdam for ...
Politics
2 years ago

The DA has called for SA’s ambassador to the Netherlands, Bruce Koloane, to be recalled
Politics
3 years ago

'There was this word, favour': Commission hears more about Guptas' Waterkloof landing

It appears that the man who finally approved the clearance of the Guptas' Waterkloof flight may have done so to land a government job.
Politics
3 years ago