ANCYL leader barred from NEC venue because of her dress code 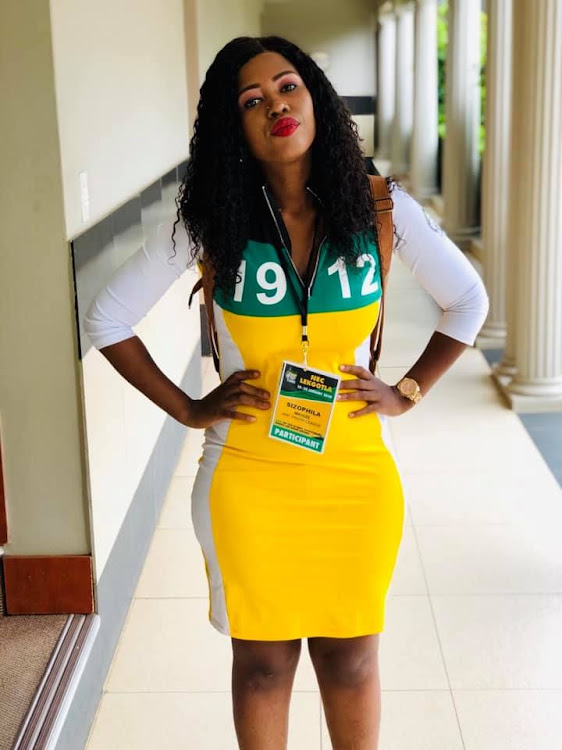 ANC Youth League spokesperson Sizophila Mkhize on Sunday alleged that she was barred from entering the venue of the ANC national executive committee lekgotla meeting because her dress was “too short”.

Mkhize, in a post on her Facebook page, said that she was blocked by an ANC staffer at the door and told to cover up.

The Sunday meeting in Irene, Pretoria, was called to draft the party's plans for governance for the year ahead.

But Mkhize, who posted a picture of her in her yellow and green dress, said she was told she could not enter the meeting because the dress was “too short”.

“A staffer from the (secretary-general's) office stops by the door and tells me to go look for ihiya ngibhince (to cover up) because old people are complaining about such  dress code!

“I am told that my dress is too short, a young woman from the Presidency was called to come and explain this nonsense to me.

She said she was not going to “shrink to make men or anyone comfortable”.

“I am not going to be bullied by anyone regardless of the office they come from. I refuse to be sexualised inside the ANC or whoever in the world!

“I'm a woman and you'll give respect to my womanhood and my name,” she said.

She was eventually allowed into the venue.

ANC spokesperson Pule Mabe was not available for comment.

The ANC’s national executive committee (NEC) will discuss the turmoil at Eskom but not “individual deployments”.
Politics
2 years ago

As crooks hobble the ANC, the DA remains on its knees

January isn't done yet and the ANC is all over the place. Again. This weekend the ANC's national executive committee meets and it'll talk about ...
Opinion & Analysis
2 years ago

There is a deep-seated but terribly mistaken belief among many ANC leaders, members and trade unionists that after a wasted decade under former ...
Opinion & Analysis
2 years ago