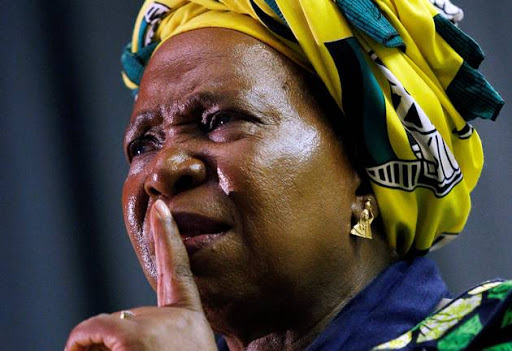 Local government minister Nkosazana Dlamini-Zuma said that while most regulations governing the lockdown will be extended until the end of the month, the government has decided to start easing the restrictions.
Image: ROGAN WARD

She said the country "will not open the floodgates" at the end of the lockdown on April 30.

“We don’t know for sure that the lockdown will end on April 30. Even if it does we can’t open the floodgates. Every week new conditions will be coming on stream. Some regulations will remain in place for a very long time,” Dlamini-Zuma said.

The government will instead announce weekly which areas of industry will be allowed to operate as it gradually eases the lockdown.

Addressing journalists on Thursday, Dlamini-Zuma said that while most regulations governing the lockdown would be extended until the end of the month, the government had decided to start easing the restrictions.

“We are going to ease in an incremental, orderly manner. Every week we will announce which areas will be opening,” she said.

As part of this week’s amendments, the government said goods coming from high-risk countries did not need to be sanitised, and goods sitting at ports for export should start being shipped.

Dlamini-Zuma said that children who are separated between co-parents will have to have a court order, a letter from a family advocate, or the birth certificate of the child to explain why the children are being moved.

The government said mines providing coal to Eskom should operate at 50% and this would be ramped up in an orderly way under strict conditions.

Mechanics providing services to essential workers may open while electricians and plumbers are now allowed to operate.

Informal fishermen who sell their fish in rural communities will also be able to get back to work.

“Not cooked food. That is not yet opened,” Dlamini-Zuma said, adding that the government was giving the green light to retail call centres to resume operations.

Officials from the Independent Electoral Commission will also be able to move around.

“We are using a lot of technology to communicate so it’s important that the ICT people who are able to help people involved in essential services should also be able to work,” Dlamini-Zuma said.

What if your warranty expires during lockdown?

If the warranty on your laptop, washing machine or fridge expires during the extended lockdown, will the supplier be obliged to honour it when it’s ...
News
2 years ago

Athletes who have successfully applied for the R150m relief fund made available by the government last month must receive their monies in this ...
Sport
2 years ago