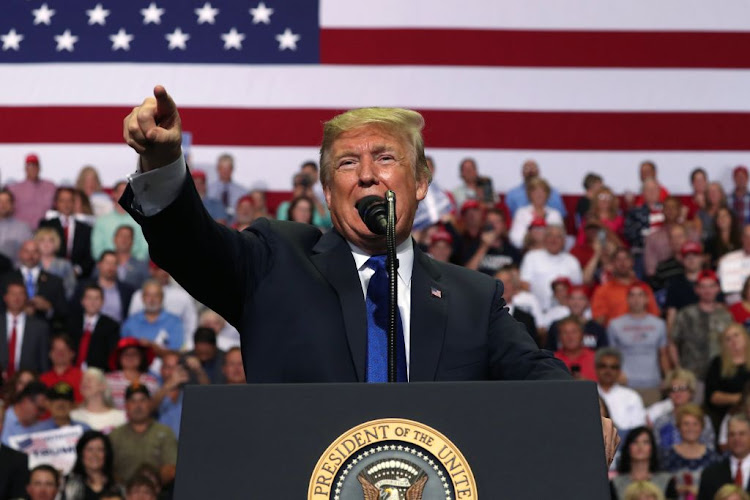 President Cyril Ramaphosa held what was described as a “very productive call” with US President Donald Trump on Thursday despite SA’s criticism of Trump’s stance on the World Health Organisation.

The presidency said the two leaders discussed the impact of Covid-19 on their two countries in a call which began at 3.30pm.

“President Ramaphosa has passed his condolences to the government and people of the US on the devastation the virus has wrought in that country,” Ramaphosa’s spokesperson Khusela Diko said.

Trump pledged to send “thousands” of ventilators and other equipment to SA. The details of which are yet to be finalised

“President Trump has pledged his support to SA and Africa in general in the fight against the coronavirus,” Diko said.

The ‘elephant in the room’ — Trump’s decision to withhold support from the WHO — was not discussed in the meeting.

On Saturday, health minister Zweli Mkhize slammed Trump's cutting of funding to the WHO.

He said it was an effort to “turn us against each other”.

In his daily briefing on Wednesday, Trump told American reporters that he has been speaking to “lots of leaders” and pledging US support.

Trump however has been criticised for failing to take accountability for the spread of Covid-19 in the US where New York has become the epicentre of the outbreak.

The WHO this week commended SA’s efforts in dealing with the coronavirus.