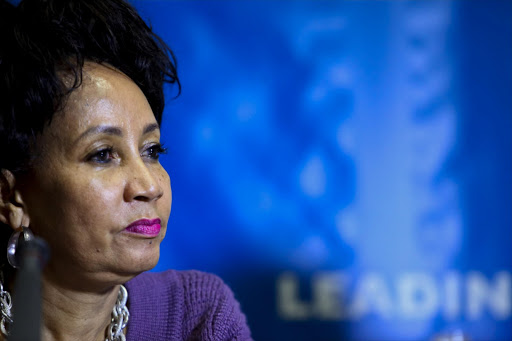 Human settlements, water and sanitation minister Lindiwe Sisulu has appointed advocate Terry Motau to lead a team of lawyers to investigate reports alleging corruption and fraud within the department.

The assembling of the team follows an increase in reports about alleged corruption in the department, mostly at water boards accountable to the department.

Water and sanitation contracts amounting to R16bn have been flagged for alleged looting of state funds.

Sisulu said there was lack of consequences for those accused of having their hands in the government purse.

“I have directed advocate Motau and a team he is going to be working with that I want all reports on fraud, corruption and irregular expenditure in the department and all water boards to be reviewed and all recommendations implemented," said Sisulu.

"Officials and service providers involved in corruption must face the consequences.

“I received a report that more than R16bn worth of projects have been issued irregularly, including blanket corruption and fraud by officials, to the extent of awarding tenders to themselves and close relatives. This will not happen on my watch.”

Motau rose to prominence after investigating and issuing the Great Bank Heist report, lifting the lid on rampant corruption at the now defunct VBS Mutual bank.

The VBS report earned Motau the nod from Sisulu.

“We believe advocate Motau has the necessary experience and will lead a team of professionals to make sure that in the water sector, there is consequence management and value for money,” Sisulu said.

'It's all nonsense': Sisulu denies claim that her adviser is 'in total control' of dept

The water and sanitation department is investigating contracts worth billions of rand that were allegedly awarded irregularly.
Politics
2 years ago

A dry May has seen Cape Town dam levels drop by 0.6% over the past week, at a time when the region should start receiving the bulk of its rain.
News
2 years ago