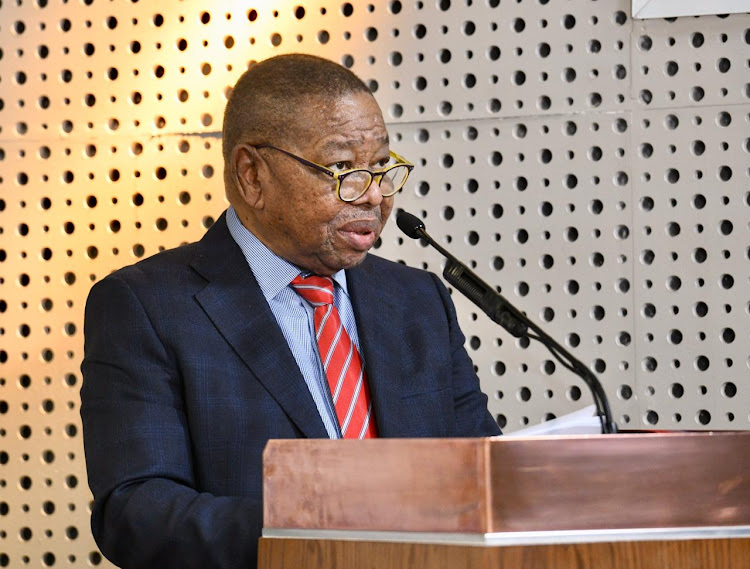 Presenting the department's budget vote in parliament on Wednesday, minister Blade Nzimande outlined cuts which will affect his department.

“Amid the world pandemic, we had to revise our appropriation ... to ensure that we bring about a successful completion to the academic year,” said Nzimande. “R2.1bn from the state subsidy and transfer has been reprioritised as a Covid-19 response mechanism for universities for both teaching and learning.”

The cuts saw Nzimande face criticism, with the two biggest opposition parties — the DA and EFF — opposing the budget.

The department of agriculture, land reform and rural development has had over R2bn cut from its budget due to the Covid-19 pandemic, minister Thoko ...
Politics
1 year ago

The DA's Belinda Bozzoli was the first to criticise the minister, saying his budget vote speech hid the extent of the cuts.

“This is a destructive budget and its destructiveness is not easy to see, so let me try and reveal it. The budget has been adjusted by the Treasury by two amounts: one suspension of funds totalling R6.7bn and one reduction in levy income of R8.1bn,” she said.

“So this means that out of a budget of R86bn, the department will be giving up R14.8bn or 16% of its normal expenditure. The department has made this amount look smaller ... by calling nearly R5bn of it a suspension of funds, rather than a cut.”

She said the R5bn referred to as a suspension was meant to deal with Covid-19 related expenses, but that was not the case with other departments, who got additional funding for Covid-19.

Bozzoli blamed corruption by the ANC-led government as the reason the state did not have money in its reserves to add to the fight against Covid-19, instead of cuts.

EFF MP Suzan Thembekwayo also slammed the budget, saying students in traditionally black universities like Fort Hare, the University of Limpopo and the University of KwaZulu-Natal were struggling to get devices like laptops to help with online learning.

“Covid-19 has exposed deep fissures in society, it has demonstrated that we have not invested in building the necessary foundational blocks from prosperous nations,” said Thembekwayo. “It has demonstrated the depth of the ideological bankruptcy of the liberation movement which has persisted with the commodification of education inherited from the National Party.”

She said Covid-19 had also exposed the ANC's persistent funding of traditionally white universities over those that traditionally catered for black people and as a result, universities like Wits and UCT were able to continue with online learning.

“This sector has seen no support in managing the Covid-19 pandemic. The supplementary budget's failure to provide additional funding to this important sector to support their effort to manage the impact of the pandemic is glaring omission,” said Ngcobo. “The country's vision of embracing the fourth industrial revolution rings hollow in the face of the supplementary budget.”

He said the cuts will have a long-lasting impact on higher education. Ngcobo said he was concerned of the impact of the reprioritisation of the budget on the National Skills Fund and the Setas, considering the mass unemployment faced by the country.

The National Student Financial Aid Scheme needs R4.3bn extra to cater for students this year because of delays brought about by the Covid-19 pandemic.
Politics
1 year ago

The department of tourism's budget allocation for the 2020/21 year has been drastically cut amid the suspension of activities in the industry as a ...
Politics
1 year ago

As many as 91% of South Africans are concerned about being able to pay bills and loans four months into the Covid-19 pandemic, according to a survey ...
News
1 year ago