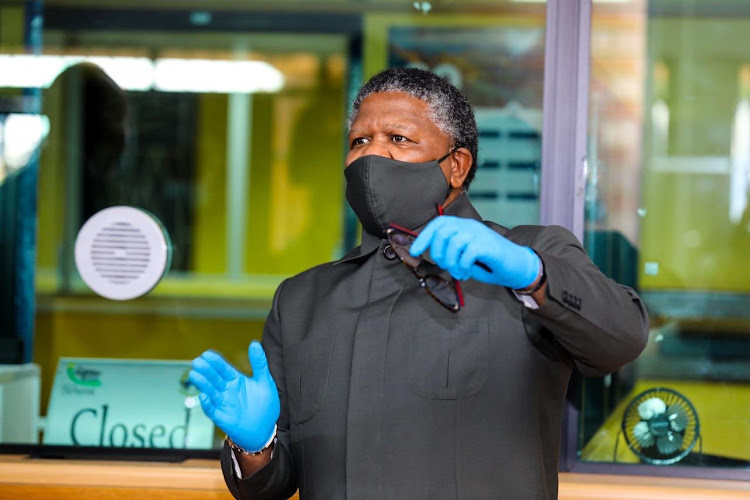 Transport minister Fikile Mbalula's has welcomed the appointment of Collins Letsoalo as the CEO of the Road Accident Fund.
Image: Fikile Mbalula via Twitter

Transport minister Fikile Mbalula has welcomed the appointment of Collins Letsoalo as  CEO of the Road Accident Fund (RAF).

Mbalula said he had no doubt that Letsoalo would rise to the occasion and provide decisive leadership in tackling the challenges at the agency.

“We believe this appointment will go a long way in placing the RAF on a stable footing. Mr Letsoalo joins the RAF at a time when it is facing daunting challenges and requires a steady hand to guide it through the change into the Road Accident Benefit Scheme once the enabling law has been passed by parliament,” Mbalula said.

Letsoalo has been acting CEO of the agency over the past few months on secondment from the transport department. In his previous capacity as the CFO of the department, he was involved in providing support to the RAF.

“Mr Letsoalo holds various qualifications ... he brings to this role a wealth of management experience both in the public and private sectors,” Mbalula said.

“When we delivered our maiden policy speech on the department’s budget vote in parliament in 2019, we made a firm commitment to move with speed to build the necessary capacity and ensure that the department and its entities are able to deliver on their mandates. At the time, the Road Accident Fund (RAF) had no board in place and the CEO position was occupied by an acting incumbent,” he said.

Mbalula said the RAF faced tremendous pressure on its ability to carry out its mandate.

“The carnage on our roads comes at a huge cost to the economy and untold pain and suffering of those who are maimed or loved ones of those who lose their lives every day. Each time someone is injured on our roads, whether they are SA or foreign nationals, the RAF incurs a liability,” he said.

He said based on World Health Organisation (WHO) data, SA continued to have one of the highest road accident rates for crashes, deaths and injuries in the world.

“In SA more than 45 people lose their lives and more than 200 are injured daily on our roads due in crashes. As of March 31 2020 the RAF liability grew to R324bn and also had say to the value of R17.2bn that had been finalised, but could not be paid due to financial cash flow challenges,” he said.

“We are under no illusion that the current dispensation of the Road Accident Fund is not sustainable. We are determined to move with speed in changing the fund from a fault-based policy approach to a no ——fault approach. The Road Accident Benefit Scheme (RABS) Bill was introduced in parliament with the aim of addressing the challenges facing the RAF. Unfortunately, the bill lapsed at the end of the term of the fifth parliament, but was resuscitated in October 2019 and is now before parliament. The passage of this bill will establish a sustainable Road Accident Benefit Scheme predicated upon social insurance and capped benefit principles,” he said.

The reach stacker, a vehicle used for handling cargo containers in terminals or ports, is a motor vehicle as contemplated in the Road Accident Fund ...
News
2 years ago

A judge who ruled against dozens of law firms in their bid to force the Road Accident Fund to keep using their services has scotched claims that he ...
News
2 years ago

The Pretoria High Court on Friday dismissed an urgent application by attorneys to continue as lawyers for the Road Accident Fund.
News
2 years ago