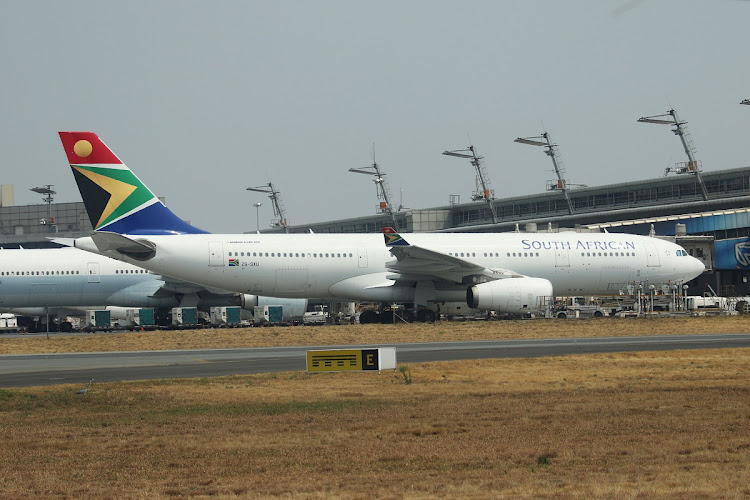 The department of public enterprises says the government will reprioritise funds to finalise the restructuring of SAA.
Image: 123RF/LEONARD ZHUKOVSKY

The public enterprises department (DPE) said on Friday the government will reprioritise funds to finalise the restructuring of SAA and the implementation of the airline's business rescue plan.

"An announcement to this effect will be in the Adjustments Appropriation Bill which will be introduced in Parliament soon. The national carrier will not be liquidated," the department said.

The announcement by the department follows a creditors' meeting called by the airline's business rescue practitioners on Friday, after government's failure to provide funding for the restructuring of the airline.

After Friday's meeting, one of the practitioners, Siviwe Dongwana, said they had received a letter from the government indicating a clear commitment to provide the R10.5bn funding.

Finalisation in next few weeks

"At the same time the DPE will continue to assess the 20 unsolicited expressions of interest from private sector funders, private equity investors and partners for a future restructured SAA."

Government letter says SAA will get R10bn funding, but union is sceptical

The business rescue practitioners of SAA said on Friday they had received a letter from government indicating that cabinet was committed to providing ...
Business Times
1 year ago

However, the DA said it believed public enterprises minister Pravin Gordhan and the business rescue practitioners were misleading South Africans that government had agreed to a R10.5bn state-funded bailout for SAA.

No agreement for bailout

"Our information is that finance minister Tito Mboweni, and the National Treasury have not agreed to provide a state-funded bailout for SAA, and that there will be no funding provided to SAA in the near future, and seemingly certainly not by next week," DA MP Alf Lees said.

Lees claimed Gordhan was allegedly putting pressure on President Cyril Ramaphosa and the cabinet to instruct Mboweni to make a taxpayer bailout to SAA, if not immediately then in the medium-term budget policy statement adjustments budget in October 2020.

Lees said he understood the Treasury was refusing to budge. He said the practitioners were disingenuous in implying to creditors that the letter from the Treasury had made a “commitment” to provide the funding imminently.

"If the practitioners and Gordhan dispute this view, I dare them to produce the letter sent by National Treasury this morning so that all South Africans, and SAA employees in particular, can assess the real picture of bailout funding for the airline."

Lees said the DA will oppose any further bailouts for SAA and will remain vigilant in protecting taxpayers' money from being used to fund SAA.