Load-shedding far from over, as Cyril Ramaphosa says Eskom predicts power shortfall for next five years 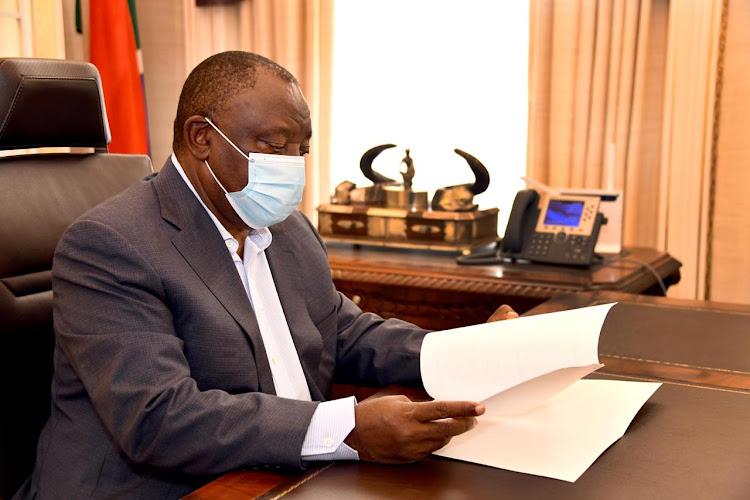 President Cyril Ramaphosa before he delivered his state of the nation address in parliament on February 11 2021.
Image: GCIS

Eskom is projecting an energy shortfall of up to 6,000 megawatts in the next five years, which means load-shedding appears far from over.

President Cyril Ramaphosa said this on Thursday during his state of the nation address.

Ramaphosa also told MPs that Eskom and other government entities were making plans to buy additional power from the private sector. He said the mineral resources and energy department would soon be announcing successful bids for 2,000 megawatts of emergency power. The government had been granted permission by the national regulator last year to procure the additional power.

“Government will soon be initiating the procurement of an additional 11,800 megawatts of power from renewable energy, natural gas, battery storage and coal in line with the Integrated Resource Plan 2019,” said Ramaphosa.

He said this as Eskom was estimating shortfalls of between 4,000 and 6,000 megawatts in the next five years because of ageing of coal-fired power stations.

“As part of the measures to address this shortfall, we will in the coming weeks issue a request for proposals for 2,600 megawatts from wind and solar energy ... Recent analysis suggests that easing the licensing requirements for new embedded generation projects could unlock up to 5,000 megawatts of additional capacity and help to ease the impact of load-shedding.

“We will therefore amend schedule 2 of the Electricity Regulation Act within the next three months to increase the licensing threshold for embedded generation,” said Ramaphosa.

President Cyril Ramaphosa has labelled corruption as one of the greatest impediments to the country's growth and development, saying the matter needs ...
Politics
1 year ago

He said Eskom has already started work to expedite its commercial and technical processes to allow the additional capacity on to the grid without undue delay.

Ramaphosa said restoring Eskom to operational and financial health and accelerating its restructuring process was central to his government's objectives.

“Eskom has been restructured into three separate entities for generation, transmission and distribution. This will lay the foundations for an efficient, modern and competitive energy system,” he said.

Despite the persistent blackouts caused by breakdowns at its units, the parastatal was making substantial progress with its intensive maintenance and operational excellence programmes to improve the reliability of its coal fleet, the president said.

He said government was also working closely with Eskom on proposals to improve its financial position, manage its debt and reduce its dependence on the fiscus.

“This requires a review of the tariff path to ensure that it reflects all reasonable costs and measures to resolve the problem of municipal debt. In December 2020, government and its social partners signed the historic Eskom Social Compact, which outlines the necessary actions we must take, collectively and as individual constituencies, to meet the country’s energy needs now and into the future,” said Ramaphosa.

Millions of needy South Africans who were benefiting from the monthly special Covid-19 social relief of distress grant of R350 can breathe a sigh of ...
Politics
1 year ago

President Cyril Ramaphosa said it was a priority that the education sector regains the time it lost to the coronavirus pandemic.
Politics
1 year ago

Beleaguered president steps up to the promises podium yet again