Zuma not expected at corruption trial 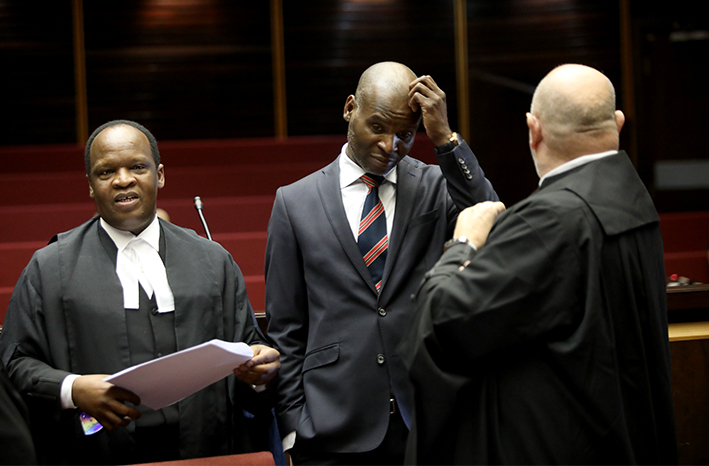 Lawyers for Jacob Zuma and Thales, advocates Muzi Sikhakhane, Daniel Mantsha and Anton Katz, during a previous court appearance. Zuma is not expected in court on Tuesday
Image: SANDILE NDLOVU

The criminal court proceedings against former president Jacob Zuma are expected to be brief in the Pietermaritzburg high court on Tuesday.

Zuma is not expected to make an appearance.

The National Prosecuting Authority is expected to inform the court that it is ready to set a trial date.

“The state is ready to start the trial and has indicated its earliest preferred date for trial and Thales has done the same. The actual date of trial will be determined by the court taking into account its court roll and availability of the state and the two defence teams,” NPA spokesperson Sipho Ngwema said on Sunday.

Meanwhile, it was business as usual in the court precinct despite the heavy police presence.

Authorities had earlier said there would be no road closures, however the Freedom Square may be occupied by Zuma supporters.

By 9am, no supporters had arrived at court.

The former president's foundation on Sunday questioned whether the state would 'ever run this case' - but the NPA hit back, saying it was ...
News
1 year ago

Former president Zuma had committed a number of 'contemptuous acts', the commission said.
Politics
1 year ago

Who will judge the judges? Zuma says he can

Former president Jacob Zuma took aim at judges this week. Faced with contempt proceedings from the state capture commission for defying an order of ...
News
1 year ago