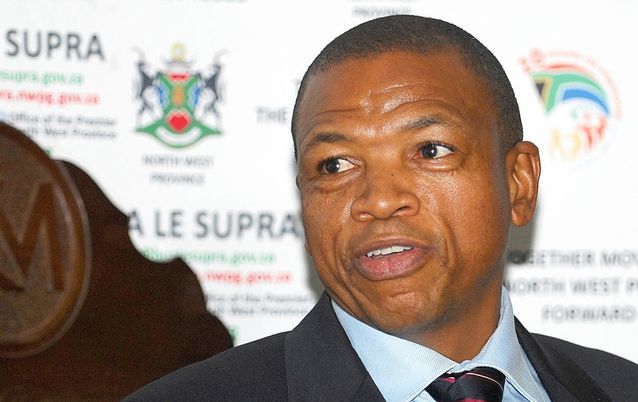 The ANC has declared that a disciplinary hearing that led to former North West chair Supra Mahumapelo's suspension was not carried out properly. File photo.
Image: PUXLEY MAKGATHO

Former North West premier Supra Mahumapelo has been thrown another lifeline, after the ANC ruled that his provincial disciplinary hearing was not done properly.

The provincial disciplinary committee ruled in April this year that Mahumapelo — as well as acting North West ANC Women's League secretary Bitsa Lenkopane — should be suspended for five years after being found guilty of misconduct. But the case was finalised without the pair being present.

The misconduct charges stem from an event in December 6 last year, where the two took part in what was described as a “parallel” rally, when there was an official ANC rally on the same day at a nearby sports ground.

According to the findings of the national disciplinary committee, dated June 25, “the case was not properly ventilated at the provincial level”.

It added that it was in the “interest of justice” for the pair and for the party if the matter was sent back to the provincial disciplinary committee for rehearing. It must be finalised within 15 days.

“Both review applications are upheld to afford comrades Supra and Bitsa an opportunity to state their case and conduct their defence ... Both applicants are expected to give their full co-operation,” the ruling reads.

Parliament's ad hoc committee on the section 100 intervention in the North West has recommended that efforts to turn around the embattled province ...
Politics
11 months ago

Former North West premier Supra Mahumapelo was kicked out of a parliamentary meeting meant to discuss government's section 100 intervention in that ...
Politics
11 months ago

Magashule has written to Mahumapelo telling him that his membership remains “intact” by virtue of appealing his five-year suspension.
Politics
1 year ago

After his latest fall from grace, will there be another resurrection for Supra Mahumapelo?
Politics
1 year ago