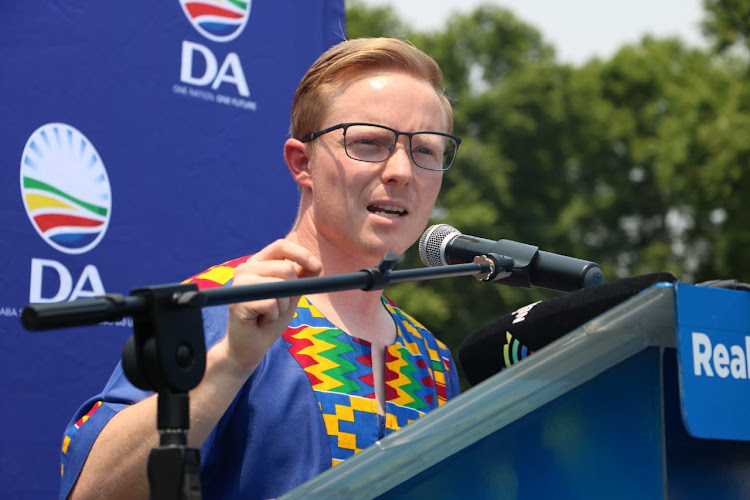 Newly elected uMngeni municipality mayor Chris Pappas of the DA says the 'dedicated workers of the municipality' will serve the community.
Image: Supplied

Just hours after its historic victory in KwaZulu-Natal's uMngeni municipality, the DA has issued a warning to the municipal officials there to either “work with the party or pack their bags”.

Addressing supporters gathered at the victory rally on Wednesday at Howick Falls, DA provincial leader Francois Rodgers said officials would be made accountable to the people of uMngeni.

“We have no time to waste; we have been given five years,” said Rodgers.

uMngeni is the first municipality to be governed by the DA in KwaZulu-Natal after years of ambitions to govern the inland council.

The DA in KwaZulu-Natal claimed a historic win, with an outright victory in a KZN municipality for the first time.
Politics
7 months ago

However, it was only in 2016 that the party made significant inroads, snatching a proportional representative (PR) seat from the ANC.

But in Monday’s local government elections, the DA’s gains secured it an outright victory with 13 seats, while the ANC won 10.

The EFF made its entry to the council with two seats.

Incoming mayor Chris Pappas said workers who didn't do their jobs “better not be at work when the DA comes to the office”.

“But to the dedicated workers of this municipality, we are here to make your job easy by providing support,” he said.

Pappas added that during their campaign the DA had put together a local manifesto  — something which is unique for any party. He said the party's campaign had sought to foster hope in the people of the Midlands town.

“We went out and proved that we are better together,” he said.

A former ANC deputy mayor in KwaZulu-Natal has joined the DA after resigning from the uMngeni municipality and the ANC due to death threats.
Politics
7 months ago

Pappas has previously served as a councillor in eThekwini and now serves as a member of the provincial legislature, where he was the spokesperson responsible for co-operative governance and traditional affairs.

“We are going to be assuring businesses who want to invest in this town that the doors of business are open. That's essentially going to be how we will be creating employment,” said Pappas.

The incoming mayor dismissed rumours that the party would be “employing apartheid tactics and repossessing government-funded houses”,  reassuring that the DA was focused only on “fixing uMngeni”.

“We promise uMngeni people unbelievable change, we are here representing everybody — from a person living in Mthulini, Karkloof and Hhaza,” said Pappas.

The party thanked the public for rallying behind it. Pappas added that he knew that the party's mission would not be a walk in the park.

“It's not easy to bring people together but it's something that has to be done,” he said.