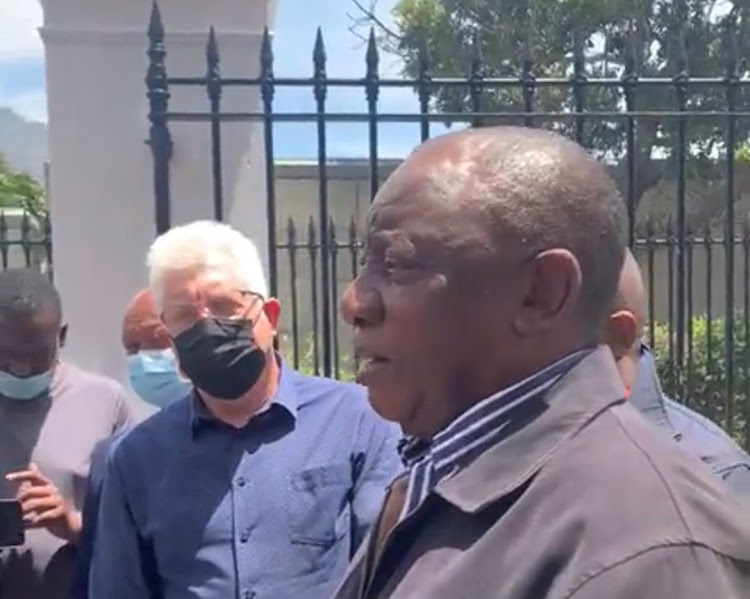 President Cyril Ramaphosa says one person is being held for questioning after a fire broke out in parliament in the early hours of Sunday.

"This is devastating news it's a terrible and devastating event" President Cyril Ramaphosa speaking at @ParliamentofRSA following the fire that broke out this morning pic.twitter.com/14ZKZjw5Wt

“We must be thankful the offices have not burnt to the ground. Everyone acted with speed and we are thankful that everyone mobilised. There are certain things that do work,” he said. Ramaphosa described the fire as “devastating news”, especially a day after Archbishop Desmond Tutu's funeral.

“It's just really a terrible setback. The Arch would've been devastated as well. This is a place he supported and prayed for.”

He said the city’s firefighters should be praised for their efficient service.

“They intervened at the right time. Their appearance has saved a very important national key point.”

Police have confirmed via their official Twitter account that one person has been taken in for questioning.

Parliament security guards were not on duty when fire broke out because of cost-cutting, says union

Mali said security guards were not on duty when the fire broke out due to a cost-cutting directive they received at the beginning of December.
News
2 weeks ago