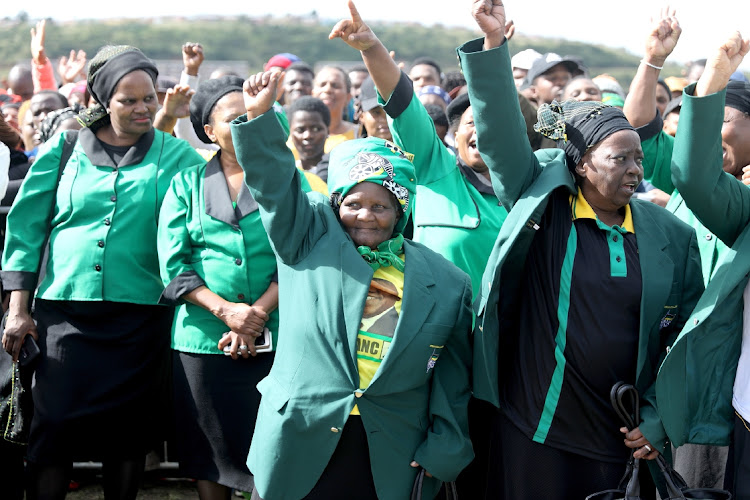 The ANC Women’s League in the North West has suspended three of its top officials over allegations of defrauding the organisation of more than R2m.

The decision was taken by the league’s provincial executive committee (PEC) at the weekend after it received a report on the matter.

In an interview with TimesLIVE, acting provincial secretary Bitsa Lenkopane said there was no choice but to suspend their party membership temporarily pending an investigation.

“We came to a realisation that there is an element of fraud, if one is to put it that way, and other related elements that amount to conduct that [caused] us to put the comrades on suspension pending finalisation of an investigation that we are conducting.”

Speaking for the first time since the incident, President Cyril Ramaphosa has insisted that he abruptly left an ANC Women's League event on Thursday ...
Politics
5 months ago

TimesLIVE has been informed that the provincial ANCWL bank account had an amount of R2.4m in 2019, but the PEC was shocked to find it reduced to about R46,000 without a proper explanation. “It is unfortunate because we have always been told there is no money each time we needed to do organisational work,” said an official who asked not to be identified.

Lenkopane did not confirm nor deny the amounts mentioned.

“I cannot elaborate on that in the media space because I respect organisational discipline, but the fact of the matter is that the ... PEC was left with no option but to suspend their membership.”

The trio were signatories of the account. Lenkopane lambasted the transactions they made. “This is not even an act in the organisation, but an element of crime or fraud.

“It cannot be the ANCWL promotes fraud and corruption while we are [at the] forefront of speaking against these social ills.

“The league had in 2019 resolved for the signatories to be changed, but this had not happened due to delays and excuses.

“Where we are now is that comrade Bridget has been active in the accounts of the organisation, there have been transactions that were made between the three.

“Right now, what they are doing is organisationally wrong, to go out and pretend to call for public sympathy when poor women have been donating food ...  yet these ladies have been enjoying the use of our account. It’s bad,” said Lenkopane.

Molosiwa has since issued a statement slamming the suspension as a “blatant procedural flaw”.

“Furthermore, the suspension of the administrator also has no standing. The letters received by these leaders indicate that the ANCWL provincial working committee suspended them. A blatant procedural flaw in accordance to the ANCWL constitution,” she said.

Molosiwa moved to “clarify” that the suspension was not duly endorsed by the PEC.

“As things stand, they are on suspension and we have also called for calmness by members.”

At the time of the transactions, Tlhomelang had resigned from the league.

“When you have resigned from the organisation, why are you taking the money when members of the PEC are always told there is no money? It is unfair and people tend to act as if they are bigger than the organisation.

Meanwhile Molosiwa said Tlhomelang had since returned to office and the move had been endorsed by PEC officials, with Lenkopane now relieved of her duties — a remark which has since caused confusion and division.

The league has distanced itself from the remarks.

“We call on the league’s suspended members to adhere to the conditions of their suspension and take their case to the organisation’s internal processes to prove their innocence and raise whatever concerns they may have with the organisation.

“Their public stunt is a breach of their suspension conditions, and just attempts to circumvent the organisational internal disciplinary machinery and or collapse the processes in their favour,” said the league.

The account of the league has since been frozen with a criminal complaint expected to be opened soon.

"I think it's too quick for us to say it's insurrection or not," says ANC Women's League president Bathabile Dlamini.
Politics
11 months ago

“The ANCWL chooses the ANC above all divisions in the movement. We refuse to be drawn in the differences of ANC men who don’t care about the future ...
Politics
1 year ago