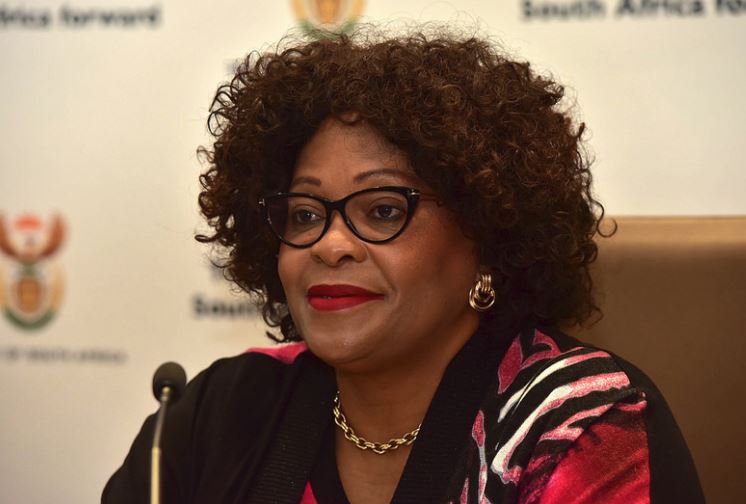 This comes after the public release of the latest state capture report into the influence the late businessman Gavin Watson and his company Bosasa had over government officials in the securing of multibillion-rand contracts.

Released on Tuesday night, the report calls for the “further investigation” of Mokonyane with “prima facie evidence” of corruption likely to be uncovered by law enforcement authorities.

“Such further investigation will uncover a prima facie case of PRECCA [Prevention and Combating of Corrupt Activities Act] which deals with corrupt activities relating to witnesses and evidential material during certain proceedings.”

Zondo’s findings were into how Watson and Bosasa had among other things paid for Mokonyane’s 40th birthday party and spent thousands of rands on buying her and her family groceries for Christmas. The gifts were to win favour in securing multibillion-rand contracts for the department of correctional services.

According to the report, Mokonyane was prepared to use the name of the poor to lie and to escape her links with the corruption-linked Bosasa.

In his testimony, Agrizzi also provided intimate details about the layout of Mokonyane’s home, details of how monthly EFT payments of R50,000 had been made to her by Watson from outside her homes, and funded ANC events.

In his scathing report, Zondo said: “Mokonyane initially denied Agrizzi's evidence that he had been to her house and, in response, Agrizzi gave details of the outside and the inside of Mokonyane's house including where her study was in the house, and, ultimately, Mokonyane could no longer deny that Agrizzi had been inside her house.

Zondo said Agrizzi testified that over many years, every December, Bosasa would buy certain grocery items and have them delivered to Mokonyane's house for her and her family's benefit.

“However, the fact that those groceries included expensive wine and liquor suggests that the grocery items were not for poor communities but for Mokonyane and her family," he writes.

He said if the grocery items were delivered to Mokonyane's home, but were meant for poor communities, there was no way that Mokonyane, “as a politician who projects herself as attached to poor communities would not have been aware of this".