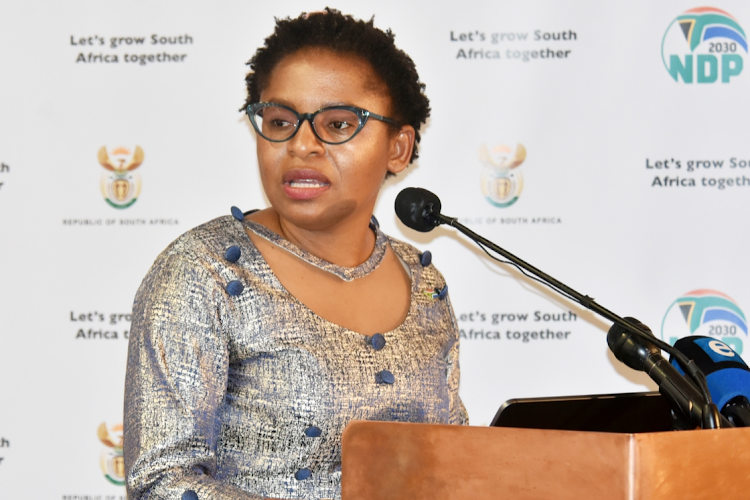 Communications minister Khumbudzo Ntshavheni has defended plans by the bankrupt SA Post Office to spend R250m on marketing activities in the next three years while it's battling to pay its mounting debts.

Ntshavheni boldly defended the move, despite confirming to parliament on Wednesday that Sapo has gone to the National Treasury cap  in hand, asking for R1.6bn bailout for the next three years to finance operations.

Ntshavheni was responding to questions from MPs on the dire state of Sapo. She was probed by the DA's Solly Malatsi over the logic of allowing the post office to budget hundreds of millions on public relations campaigns while it could barely service its costs and debts.

This comes on the back of a Sunday Times report at the weekend that revealed that another government-owned company, Telkom, had threatened to cut ICT services it provides to Sapo over an unpaid debt of R269m  racked up over several years.

Critical services such as payments of social grants and renewal of motor vehicle licences could be thrown into disarray should Telkom carry out the threat to cut internet and other services to Sapo.

“Given that one of the key aspects of the turnaround strategy is the proposed marketing budget of  R250m  from 2022-2025, why do you think it's justifiable to be planning to spend almost a quarter of a billion rand marketing while the post office is struggling to pay its pay basic bills such rental in some areas and telecommunications needs in the form of telephones and ICT,” asked Malatsi.

But Ntshavheni dismissed Malatsi's argument, arguing that Sapo needs to market itself now more than it did in the past because it was facing stiff competition from new competitors and digital technologies.

“If they are going to get business, they must get into marketing like any other business (establishment). Marketing costs are a critical issue for them. It's not automatic that Sapo is going to get the business it requires. Marketing is not an overhead, it's part of the critical operations they need to attract services they require in the private and public sectors.”

Malatsi questioned why government was not willing to fully or partially privatise Sapo, as it did with Telkom several years ago, which has since turned the corner after decades of loss making.

He charged that “ideological fidelity towards state ownership” made impossible for the ANC-led government to allow the private sector to buy stake in the Post Office to help turn it around.

“I think we  need to go back to Ntate Malatsi and remind him that even with the partial privatisation of Telkom, it still took Telkom 10 years to become financially sustainable.

“As we are today Sapo is not in a position that you will successfully get a private (equity) stake, unless you give it away for a rand.”

Ntshavheni also lashed out former Sapo CEO Mark Barnes after he made it known that he wanted government to sell him the ailing mail and social grants distributor.

The communications minister said “it's rich” for Barnes to offer to buy the Post Office when it was bailed out by government to the tune of R3.5bn during his tenure and there was nothing to show for it.

“Mr Mark Barnes was given R3.5bn to turn around Sapo but he did not. If he was serious about turning it around,  we would not be sitting where we are because the problems stem from the period when he was there.”