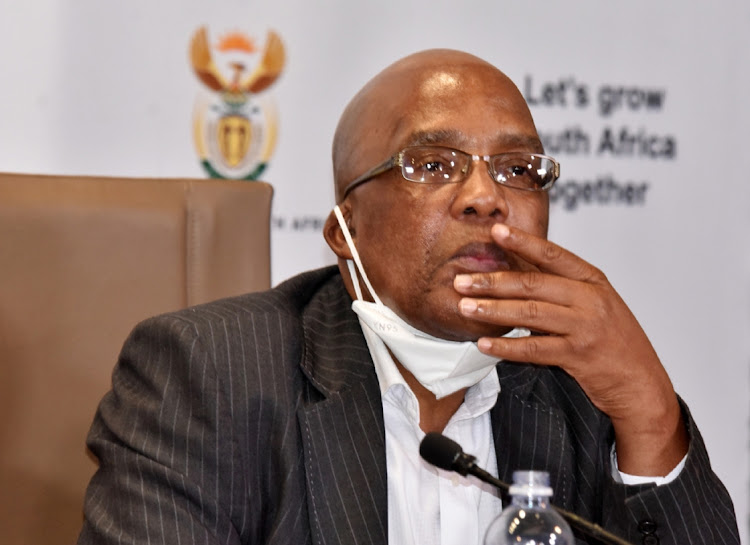 Home affairs minister Aaron Motsoaledi says his department is working on a “complete overhaul” of SA’s immigration system, which will be unveiled once completed.

Delivering his annual budget speech to the National Council of Provinces on Wednesday, Motsoaledi said details of the overhaul would be made public in coming weeks.

He said the overhaul would deal with the immigration “crisis”.

“Immigration is another area of concern. I don’t have to outline what is taking place in our country about this problem. It is a crisis we are all well aware of,” said Motsoaledi.

“At the moment, it will suffice to say we have decided on a complete overhaul of the immigration system of the country. Complete overhaul means exactly that. Work in this regard is well under way and we will soon unveil it.”

What will the 'overhaul' entail?

According to Motsoaledi, the overhaul will focus on recruiting more border guards, fighting corruption within home affairs and arresting South Africans selling their identity documents to foreigners.

“Recruitment of the first cohort of border guards has been completed. This cohort mostly comes from communities in municipalities that are along the border in Limpopo, Mpumalanga, northern KwaZulu-Natal and the Free State,” he said.

Redevelopment of six ports of entry

Motsoaledi said the department registered a public-private partnership project for the redevelopment of six ports of entry into One-Stop-Border-Post (OSBP) with the National Treasury.

The OSBP project was approved by cabinet in March 2022. The ports of entry are:

“The next step is the drafting of the OSBP legislation in this financial year,” he said.

“These ports require massive infrastructure development, if we are to give any meaning to the African Continental Free Trade Area .”

The officials worked at the Maponya Mall home affairs offices in Soweto and were linked to the “Pakistani Kingpin” allegedly behind passport fraud who was arrested in March at the Krugersdorp offices.

“In the coming weeks we will continue to arrest more people, both foreign nationals and South Africans involved in passport fraud and other forms of identity theft as well as corruption. The success of this unit has given confidence to members of the public about our commitment to fighting corruption.

“Members of the public give us credible information about corruption taking place at Home Affairs. We value this partnership and we follow up on each lead,” he said.

Home affairs is opening offices in these five malls

Home affairs minister Aaron Motsoaledi said the department would start with five malls, three of which are in Gauteng, one in KwaZulu-Natal and the ...
Politics
1 month ago

ActionSA leader Herman Mashaba has reacted to the dismissal of home affairs chief director for permitting Ronney Marhule, saying he must be charged ...
Politics
1 month ago

According to DA MP Leon Schreiber, the information was obtained through parliamentary questions.
Politics
2 months ago