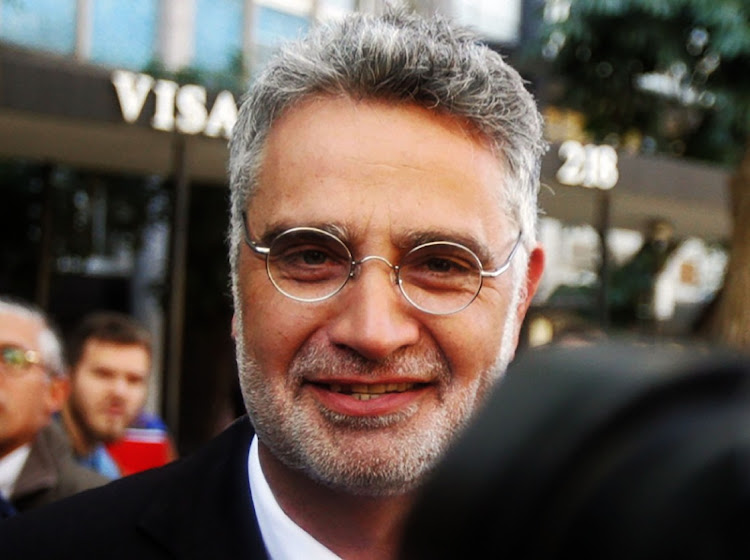 Multiple passports are off the radar and some of them are situated in state-owned enterprises, government departments

He accused Mkhwebane of not giving him a chance to give his version of events before finalising and releasing report 36 of 2019, this despite him giving reams of evidence to her office in August 2016.

Van Loggerenberg handed over the information before Mkhwebane took office.

On Wednesday, a recording of a meeting between Mkhwebane and former inspector-general of intelligence Setlhomamaru Dintwe was played. In it Mkwhebane is heard speaking about her investigation into the Sars rogue unit and Dintwe in turn shares frustration at having rogue SSA agents in various government departments and state-owned entities.

The office of the public protector was on Wednesday dealt another blow when former Sars executive Johann van Loggerenberg revealed to a parliamentary ...
News
3 weeks ago

On Wednesday Van Loggerenberg told the committee the reason he wanted the recording of the meeting was because the primary content was on “operatives and agents pertaining specifically to the State Security Agency and not Sars. This conversation occurred in January 2019, that’s five months prior to the conclusion of report 36 of 2019/2020.”

Van Loggerenberg said: “Mkhwebane as an officer of the court and public protector was in possession, in her own words, on that day (of the recording) at least, of that inspector-general's report of 2014. She did not provide that report to the implicated parties during what she calls her investigation.

Section 194 inquiry not a platform for unsubstantiated allegations outside its scope: Ramaphosa

President Cyril Ramaphosa on Wednesday rejected a suggestion by the UDM's Bantu Holomisa that he should give evidence on his 2017 party political ...
Politics
3 weeks ago

Van Loggerenberg added it was only during final arguments in the high court matter that it emerged she might have been in possession of it all along.

“When you listen to this conversation where reference is made to that tiny little investigative unit at the revenue services, that was shut down in 2014, of six officials, she refers to it as a rogue, a monster that must be defeated.

“And she states it as a fact that this unit of six people still exists in January 2019, five months prior to concluding her investigation ... What concerns me in a general sense is that we seemingly have more than 180 people who are deep cover agents, sleepers or code workers, with all sorts of sophisticated listening devices, homes and trash full of dollars and pounds and SA rands.

“Multiple passports are off the radar and some of them are situated in state-owned enterprises, government departments, the very people that are meant to protect you in the police, have people infiltrated and the records of all of these people were destroyed by [former officials] in the State Security Agency and special operations unit.”

At Sars, there were investigations into some of these people, he said.

The committee heard that counsel had since told MPs that Mkhwebane was in possession of the “an illegally obtained report” that was handed over to the office of the public protector.

Van Loggerenberg said: “The point is Ms Mkhwebane lied about it. If only it had been made public or contained in her report, those implicated parties would have become aware of it. I for one was not even aware that such a report existed. I only became aware of such a report during these proceedings.”

Had he known, he said, he would have taken it on review years ago.

Adv Dali Mpofu interjected, saying if that was the intended answer (to say Mkhwebane lied), “it’s one that they take exception to the insult to Adv Mkhwebane ...”

Mpofu is expected to cross-examine Van Loggerenberg after he concludes his testimony.

Mkhwebane says she's ready to tell her side of the story

‘Public protector was sabotaged,’ says Mpofu on day one of impeachment hearing

Public protector Busisiwe Mkhwebane has accused parliament of sabotaging her preparations for the impeachment inquiry into her fitness to hold office.
Politics
3 weeks ago

The hearing into suspended public protector Busisiwe Mkhwebane’s fitness to hold office continues in parliament on Tuesday.
Politics
3 weeks ago