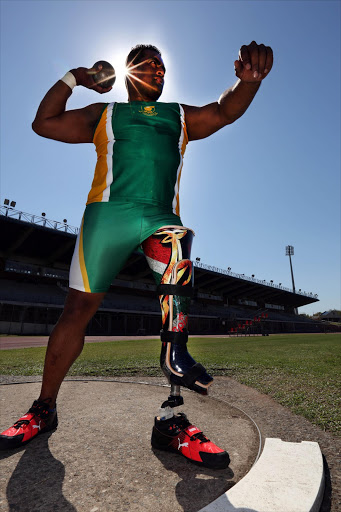 Paralympian bronze medallist Tyrone Pillay has come out guns blazing against South African Airways on his return from Rio De Janeiro‚ claiming the airline refused to allow his prosthetic leg on board the flight.

In a series of posts on Twitter and Facebook‚ Pillay updated his fans on his journey from Rio until the Paralympics team had “touched down” in South Africa on Tuesday.

Worst airline to fly with @flysaa. Terrible treatment of a Paralympic athlete as the staff refuse to allow my prosthetic leg on board.

Can't believe I get treated like this after winning a medal for our country. Totally disrespectful @flysaa

Pillay‚ a shot-putter‚ won bronze in the in the F42 category at the Paralympics.

He did not immediately respond to questions about why the airline would not have allowed the prosthetic on board.