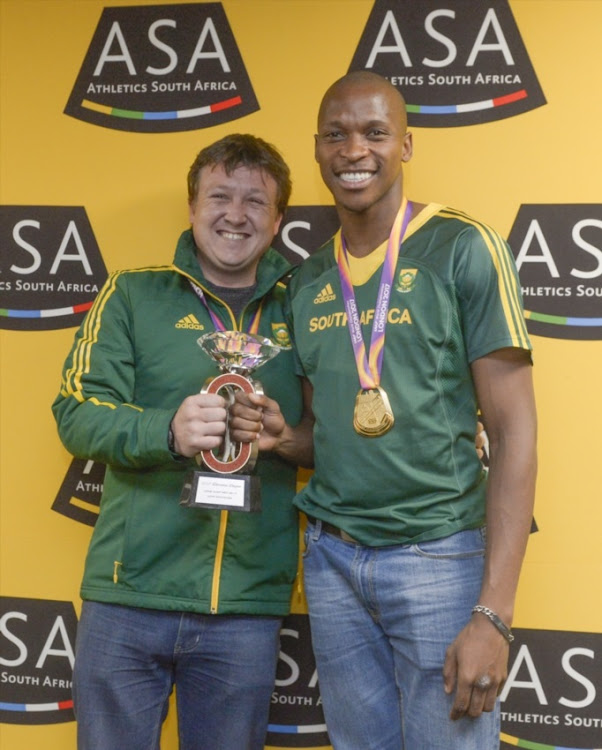 Together since 2015‚ they won the Olympic silver medal in 2016‚ the world championships last year and earlier this month world indoor championship silver.

They continued working together after Manyonga relocated from Pretoria to Port Elizabeth at the end of last year.

But Manyonga on Tuesday announced they were splitting‚ although he has yet to name a replacement.

“He is taking his time to consider all options and opportunities before deciding on his team to take him to Tokyo 2020 [Olympics]‚” agent Lee-Roy Newton said in a statement.

In the same statement‚ Manyonga thanked Cornelius for mentoring him to his successes‚ which included winning the Diamond League.

“I could not have achieved what I have without his encouragement. However‚ after such great success‚ I have had to take stock of where I am and look to find new ways to push the boundaries of performance and continued improvement.

“With this in mind‚ I decided to move to Port Elizabeth last year to further my athletics career closer to my home. Considering the change in location and my practical‚ everyday requirements‚ I have made a decision to change my performance team and explore other coaching opportunities.”