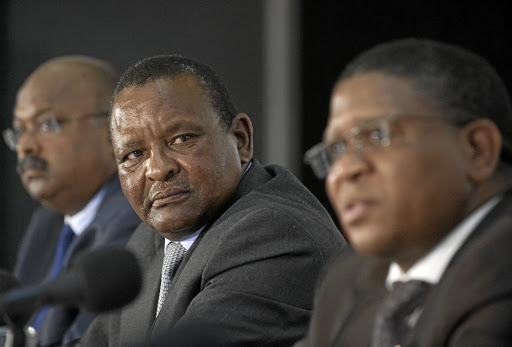 Athletes and staff are unaffected by a financial squeeze at the SA Sports Confederation and Olympic Committee (Sascoc)‚ says president Gideon Sam.

Board members weren’t paid their allowances for June‚ but Sam said as far as he knew‚ salaries and benefits had not been affected.

“Staff and athletes first. We won’t pay allowances [to board members] until we’re okay‚” the president said‚ adding the cash-flow problem should normalise when a R4-million investment is liquidated.

Sascoc has been struggling since the Lotto distribution rules changed last year‚ limiting funding to national federations — which includes the umbrella sports body — to a maximum annual grant of R5-million.

Sascoc’s total revenue for the last audited financial year was R177-million‚ of which more than R100-million came from Lotto.

The other problem‚ Sam said‚ was Lotto’s cooling off period‚ which effectively prevented organisations from applying for funding on a yearly basis.

At a recent council meeting Sam told members that Sascoc could sell its shares in the gaming company Phumelela‚ which are valued at around R80-million.

Sascoc‚ however‚ is obliged to sell to a BEE entity. “There are one or two groups doing a due diligence on Phumelela ...

“[But] it’s not the solution‚ because we will chow that money without sponsors.”

He said he was organising meetings with government and Lotto to try change the rule to secure set funding for Sascoc.

It’s not the first occasion Sascoc has experienced cash-flow problems‚ undergoing something similar around the time it was bidding for the 2022 Commonwealth Games.