Desperate to make another Rugby World Cup impact next year 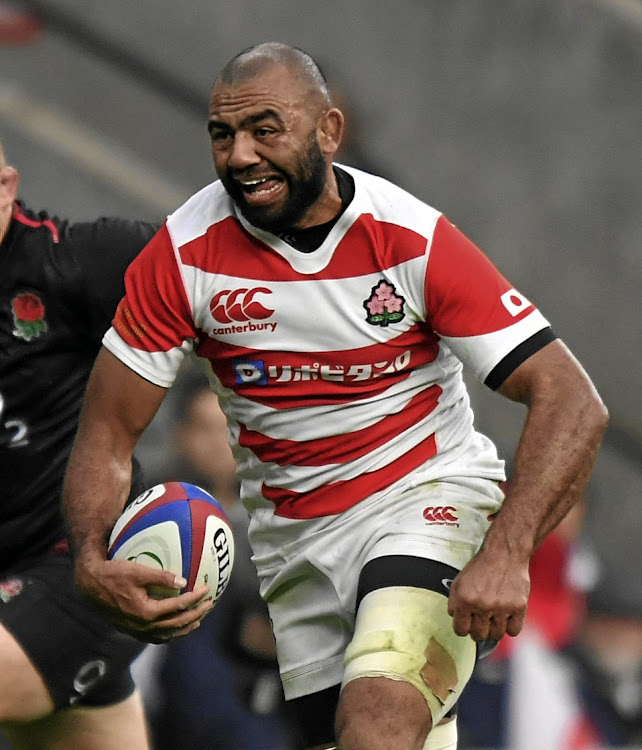 The last World Cup placed Japan at the centre of the rugby universe, but their captain Michael Leitch admits it is a space they no longer occupy.

To suggest rugby in Japan has not entirely seized the momentum of the 2019 World Cup would be an understatement, but the Covid-19 pandemic has also played its part in slamming the brakes on the growth of the game in that country.

But it's not as if Japan has sat by wasting a sunrise. They have launched a new premier domestic competition, the League One replacing the Top League that ran its course last year.

While the last World Cup was something that galvanised the Brave Blossoms and gave their fans much to rally around, next year's tournament in France will prove a challenge.

Leitch, however, believes the team has won over admirers across the last two World Cups. Their victories over the Springboks in 2015 and Scotland in 2019 en route to a place in the quarterfinal didn't just make them the toast of Tokyo, but poster boys for rattling the world order.

“It's always easy to have that advantage of playing at home in front of your home fans. I think Japan is quite unique because it is everyone's second favourite team. It will be great if we can embrace that energy the crowd brings.

“We are regarded as an underdog despite having two successful World Cup campaigns. We should try to get as much support as we can at the 2023 World Cup in France.”

Leitch, one senses, is not entirely sold on the idea his team is branded underdogs.

“It is a hard one to brush off, Japan being considered underdogs. Subconsciously when you think of Japan your automatic thought is we're not a big, physical side that will dominate teams.

“I think we can use that to our advantage but I guess it is not as strong as 2015 or 2019 because teams are starting to respect us,” opined Leitch.

While they have the core of their player base from 2019, Leitch believes the younger players who have been incorporated into the group will have to hit the deck running.

“It is hard to develop new players unless you put them under the fire of Test match intensity. We have a good core of players who were involved in the World Cup in 2015 and 2019, especially 2019. The knowledge and experience we have from there will be crucial going into 2023. It is hard to say where our peak is because we are always evolving, we always have new players coming in who have real X-factor.

“How Jamie (Joseph, the coach) brings that all together will be really exciting.”

He believes the rebranded League One has the drawing power to attract some to the game's top playing and coaching talent, but they remain a work in progress.

“Japan needs to work on their national league. To have had the Sunwolves in Super Rugby was great for the national team. That developed young and up and coming players.

“Getting games consistently against the top sides in the world it would great.”

On that front the door is perhaps more ajar than ever for inclusion in a competition against New Zealand and Australian teams. Super Rugby has changed over the last while and the current incarnation seems far from settled.

“There have been rumours over the past few weeks but I haven't really thought about it,” Leitch said when asked about Japanese teams' potential involvement in Super Rugby.

“It is always exciting to have that prospect of playing against Super Rugby teams.

“It would be great for Japanese rugby if the top four teams get to compete against some of the great teams in the world.

“How that fits in with the rest of the scheduling I'm not too sure but as an idea I think it is great. I'm not sure if it is a reality.”

Similarly the prospect of playing in a world club competition is one that fills Leitch with anticipation.

“If you're a young Japanese player if that doesn't excite you then I'm not sure what does,” said Leitch.

SA’s URC gain is the All Blacks’ and Wallabies’ loss, says Joel Stransky

While Lions centre Wandisile Simelane sees the imminent departure of fellow centre and leader Burger Odendaal as a massive loss for the union, he ...
Sport
2 weeks ago