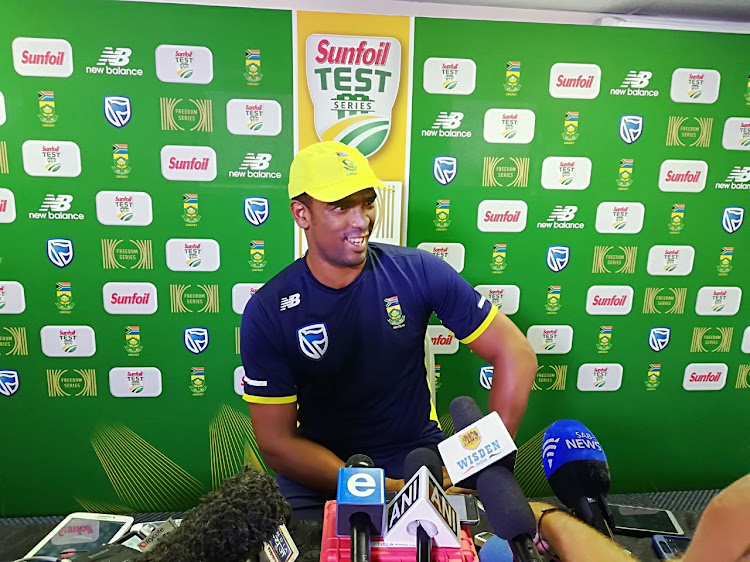 As he approaches his 50th match in the third and final Test against India at the Wanderers Stadium in Johannesburg on Wednesday‚ Proteas strike bowler Vernon Philander says he has matured.

He said he understands his role within the team and that it is not always about personal accolades.

In the last Test in Centurion last week‚ Philander took only one wicket in his two innings but he played a crucial holding role as he continuously put pressure on the Indian batsmen during his spells under the scorching sun.

The headlines of the Centurion victory deservedly went to emerging Titans fast bowler Lungi Ngidi‚ who returned with highly impressive figures of 7/90 in the match‚ and Philander believes he is a genuine prospect for the future.

Philander is expected to play an important role for the Proteas as they look to complete a series whitewash over India‚ which would serve as a huge morale booster ahead of another home Test series against Australia in March and April.

“I have played this game long enough to understand my role within the side‚" he said.

"The last match I had to make sure that I kept it tight at the one end and allowed the others guys to strike‚” he said as the Proteas continued with their preparations at Wanderers on Monday afternoon.

“If you can put the egos aside‚ we all want to be the hero at the end of the day and become the man of the match.

"But not every surface is going to allow that.

"You must be mature enough to understand that your bowling end may not be the one to strike.

"You must still play your role within the system to make sure that the team becomes successful at the end of the day.

"It is more about understanding your role because at the end of the day we have four seamers and we all want to keep it as tight as possible.

"For me it’s about finding my role within the four pronged attack and making sure that I deliver on what is required of me.”

There is talk that the Proteas management could be tempted to go with seven batsmen in Johannesburg‚ which means Philander will drop to number eight on the batting order.

But he is not concerned by that possibility.

“If it happens‚ I wouldn’t change my preparations‚" he said.

"I will still prepare the same whether I bat at seven or eight.

"I still have to contribute runs.

"I see myself as an all-rounder whether I bat at seven or eight‚ but that decision is entirely on selectors.

The Wanderers is expected to offer pace and bounce if the curator prepares the pitch according to the wishes of captain Faf du Plessis.

Philander did not want to talk about the possibility of the Proteas going with seven batsmen and four seamers and leaving spinner Keshav Maharaj.

“Keshav (Maharaj) has done a phenomenal job for us over the last while and he is one of our strike bowlers‚" he said.

"He has taken many key wickets in key moments for us.

"He allows us to strike from the other end but when you come to the Wanderers it is generally known to favour seamers.

"I won’t be able to answer you when it comes to whether we will not play a spinner over here or not.”