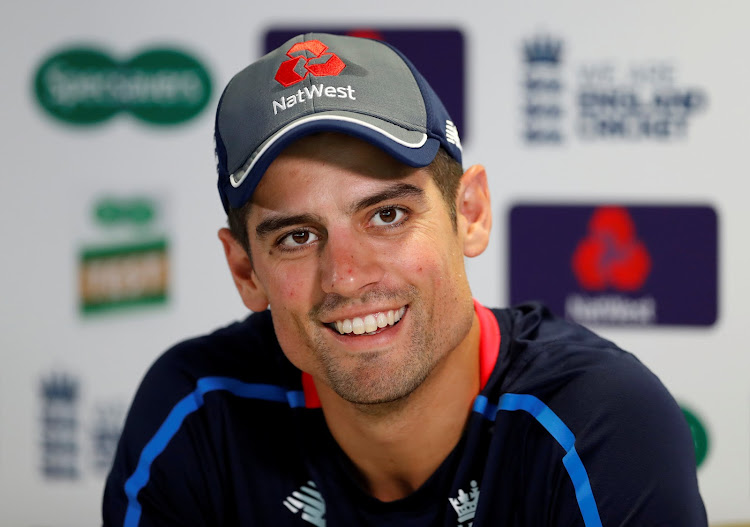 Alastair Cook is a fine cricketer who will‚ after the fourth Test against India that starts on Friday at The Oval‚ join the ranks of the retired.

That means‚ as sure as Pollock follows Shaun‚ he will appear on your television screen in a coach’s tracksuit or a commentator’s jacket and tie sooner rather than later.

For now‚ we’re hearing all about just how good Cook is. And he is.

His 12 254 runs are the most in Tests for England and active players and put him at No. 6 on the all-time list‚ and he needs a gettable 147 at The Oval to surpass incumbent No. 5 Kumar Sangakkara.

Only five Englishmen have made more runs in an innings than Cook’s highest score of 294 — against India at Edgbaston in August 2011 — and his five double centuries for England is topped only by Wally Hammond’s seven.

No-one has more than Cook’s 32 centuries and 56 half-centuries for England‚ nor had more than his 160 Tests and 289 innings for them.

Most impressively‚ he played 158 of those Tests consecutively in a career that started in Nagpur in May 2006 — when he scored an unbeaten 104 in the second innings.

“Whatever happens at The Oval‚ he has been England’s greatest batsman ever and a truly remarkable cricketer to carry on this long‚” Nasser Hussain wrote on Monday.

For Hussain‚ who played the last of his 96 Tests two years before Cook’s career began‚ the latter’s commitment and character shone brighter than his talent and skill.

“He never had a perfect technique so he has had to dig deep even more. He is constantly battling against his technique and when that new ball is darting around he has to work hard to keep on top of his game.

“Batting doesn’t always come naturally to him — but what has come naturally is how hard mentally he has had to work at it. With Alastair it’s also not just what you see but the stuff behind the scenes as well.”

That Hussain’s tribute appeared on Cricket Australia’s website‚ of all places‚ tells us plenty about the level of regard for a man who has scored more runs in the Ashes than any other current player.

But if you’re tiring a touch about all the crumbling for Cook‚ here’s a reason to feel smug‚ albeit vicariously: he wasn’t often a thorn in South Africa’s side.

His average against them‚ 35.08‚ is his lowest‚ all opponents considered‚ and South Africa are the only team who dismissed Cook every time he faced them.

He had the same number of innings‚ 36‚ against Pakistan as against South Africa — but he took 456 more runs off the Pakistanis.

The only team other than South Africa who Cook scored just two centuries against were Bangladesh‚ but he had 25 fewer innings in the happy company of their more charitable bowlers.

One of his hundreds against South Africa‚ a patient 118‚ helped earn England victory by an innings at Kingsmead in December 2009.

The other‚ another worthy effort of 115 at The Oval in July 2012‚ looked like a star performance until it was eclipsed by the supernova that was Hashim Amla’s undefeated 311.

Alastair can cook‚ there’s no doubt. But he’s not much good around a braai fire.